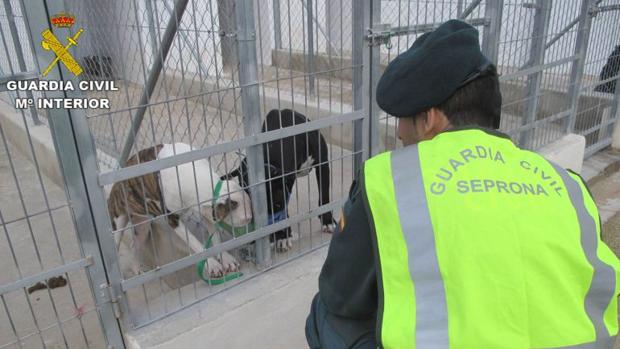 The Civil Guard have launched an investigation after the man was discovered by his son lying dead after he was attacked walking from his house to his nearby orchard in Beniarbeig, in the Marina Alta area of the Costa Blanca on Saturday afternoon.

He was found lying on the ground with his face and limbs ripped to shreds, injuries consistent with fighting off a pack of dogs. Police said it seemed likely he had put up a fierce struggle and then bled to death.

Investigators quickly established that the wounds had been caused by animals and visited nearby houses where they discovered that one neighbour owned five dogs – all pitbull and bullterrier mixed breeds which are classified as “potentially dangerous breeds” under Spanish law.

There were no signs of blood stains on the dogs but officers noted that one of the animals had a wet coat, as if it had just been washed down.

The owner claimed that the animal had fallen into the swimming pool.

According to a police statement, only one of the dogs had a chip, and the owner did not have the permits necessary to own “potentially dangerous dogs”.

Under Spanish law (Real Decreto 287/2002) owners of ‘perros potencialmente peligrosas’ (PPP) – which include pit bull terriers, rottweilers,  Staffordshire bull terriers, American Staffordshire terriers, dogo argentinos, fila brasileiros, Tosa Inus, and Akita Inus – must have a licence wherever they are in Spain and keep their dogs muzzled and on a tight leash in public places.

Investigators have taken DNA samples from the dogs, which are now in the custody of Seprona, the special animal and wildlife unit of the Guardia Civil.

The owner could face charges of reckless homicide.