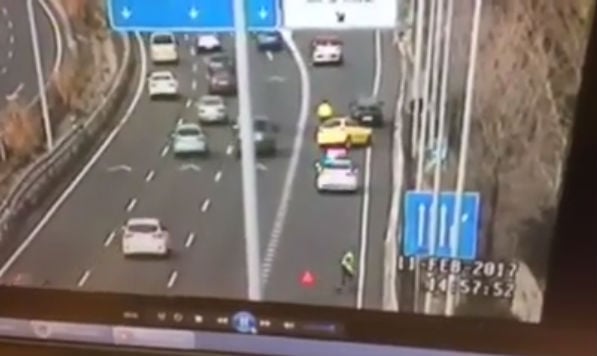 The traffic cop and his colleague had stopped to deal with a minor incident between two cars at a junction on Madrid’s M-607 on Saturday afternoon.

But as he directed traffic around the stopped vehicles, the Civil Guard saw a car hurtling towards him out of control.

But rather than take a moment to recover from his near-death experience, the officer leapt right back over the barrier and rushed up to the stricken vehicle to check on the occupants.

The dramatic footage was captured by Department of Transport road cameras and published on the Guardia Civil Twitter account.