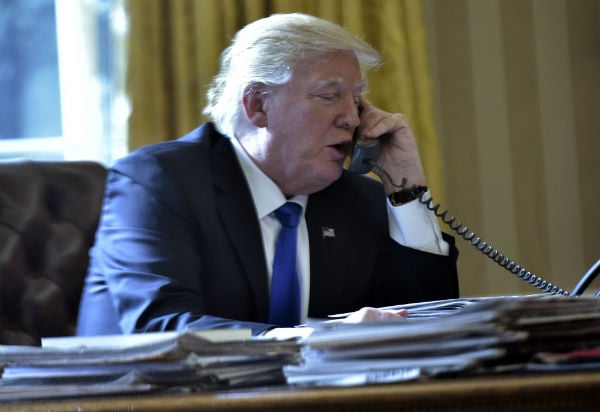 Trump's first conversation with Rajoy since taking office on January 20th served to “reaffirm the strong bilateral partnership across a range of mutual interests,” the White House said.

“President Trump reiterated the US commitment to the North Atlantic Treaty Organization (NATO) and emphasized the importance of all NATO allies sharing the burden of defense spending.”

The American president is due to meet with fellow NATO leaders in May. The United States provides significant funding to NATO, and Trump has previously urged other member nations to step up their contributions.

European leaders are concerned about Trump's virulent criticism of NATO – he has dubbed the transatlantic military alliance “obsolete” – at a time when it stands as the main defense against Russia's President Vladimir Putin.

Trump's friendly stance toward Putin has been under scrutiny, and triggered consternation among European allies, since he won the US election in November.

Trump took office with US-Russian ties at new lows amid accusations by American intelligence agencies that the Kremlin hacked Democratic Party emails as part of a pro-Trump campaign to influence the election.

Spain's prime minister offered to be a “go-between” for the USA.

“With a stable government and an economy growing at more than 3 percent, Spain is in the best possible condition to act as intermediary for the USA in Europe, Latin America and also in north Africa and the Middle East.”

In statements issued by both the White House and Moncloa no mention was made of whether Rajoy had brought up the awkward topics of plans to built a wall at the Mexican border or the recent travel ban on citizens from seven majority-Muslim countries.

But Trump and Rajoy did discuss “shared priorities, including efforts to eliminate ISIS,” the White House said, referring to the Islamic State group.