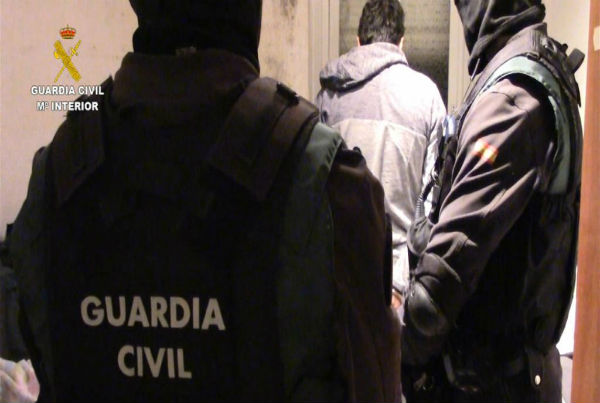 Spain’s Guardia Civil carried out a dawn raid on an apartment in the town of Badalona, north of Barcelona in the northeastern region of Catalonia.

They arrested two men, aged 25 and 27, from Morocco, according to a statement released by Spain’s Interior Ministry.

The men are accused of indoctrinating and recruiting for the so-called Islamic State group and allegedly being involved in raising funds to support Isis through drug trafficking and theft.

The ministry said police have arrested 185 suspected jihadi activists since Spain raised its national security alert to one step below maximum following attacks in France and elsewhere in 2015.