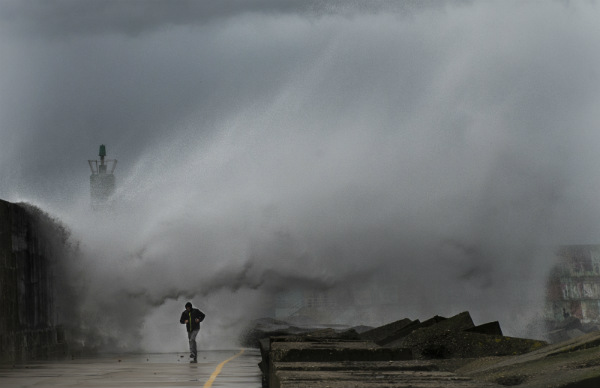 A man runs as a big wave hits the pier of the port of A Guarda, northwestern Spain, during a storm on February 2, 2017. Photo: Miguel Riopa / AFP

The northwestern region of Galicia was put in red alert by Spain’s state meteorological agency (AEMET) as winds of up to 130 km / h battered the coast.

A wave reaching a height of 11 meters was recorded on Thursday night in A Coruña.

Flights in Galicia and Asturias were cancelled as high winds made taking-off and landing perilous and mountain areas were told to prepare for heavy snow.

A total of 34 provinces were issued with weather alerts on Friday morning.

Meanwhile torrential rain was expected further south in Extremadura and strong winds across most of the peninsula.