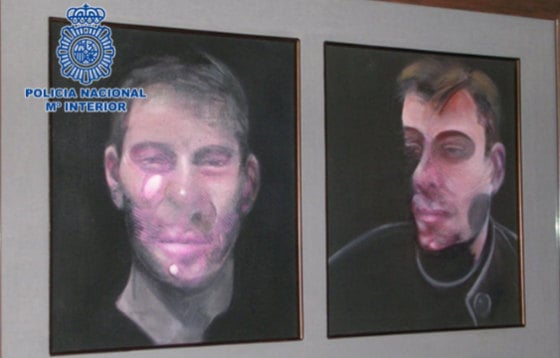 The three people were “directly connected” to the robbery and were part of a group that burgled homes across Spain, the statement said. Five other members of the gang were also arrested for a further 15 robberies.

The five paintings by Francis Bacon were stolen from the Madrid home of an art collector in June, 2015, who had reportedly been a close friend of the artist.

The thieves, who left no trace of their handiwork, had tracked the owner's movements to ensure he did not return to his apartment to catch them red-handed.

Art market information leader Artprice lists Bacon as one of 10 frontline modern artists alongside the likes of Picasso and Andy Warhol Warhol whose works comprise 18 percent of global sales.