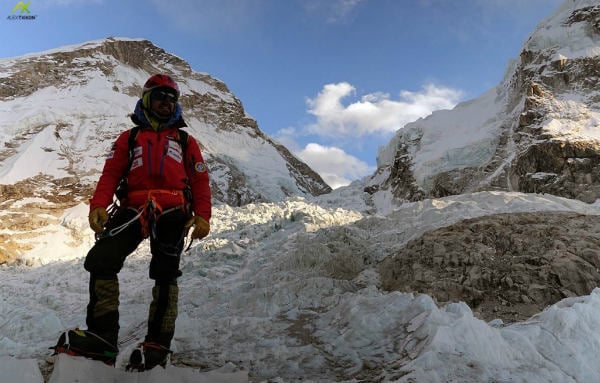 Carlos Rubio, 28, and compatriot Alex Txikon, 35, have been on Everest since early January attempting the first winter summit of the world's highest peak without supplemental oxygen in nearly three decades.

The pair were at camp two — 6,400 metres (20,997 feet) above sea level — when Rubio was crippled by altitude sickness and evacuated by helicopter from the mountain on Friday.

He was flown to Kathmandu on Saturday and is now recovering in hospital, Tashi Sherpa of Seven Summits Trek, the agency managing the expedition, told AFP.

“He was evacuated from camp two because of effects of altitude sickness,” Sherpa said. Txikon remains on Everest and has now reached camp three (7,200 metres). He said in a Facebook post that he would ascend to camp four — the last one before the summit — on Monday.

“I could practically not walk. I was very, very, very, very weak. The head was motivated but the body demanded it. I came down and now I am recovering,”

Rubio said from hospital in a YouTube video posted Sunday.

“We were 10 minutes out of camp two when it hit me,” Rubio told AFP from avhospital bed in Kathmandu.

“It was very bad luck. It was my first time on a mountain that's over 8,000 metres. It was an ambitious project.”

The last successful winter summit of Everest was in 1993 by a Japanese team. But no one has reached the peak without using supplemental oxygen since a Nepali mountaineer in December 1987.

Mountaineering experts say climbing in winter is more dangerous than spring — when most people tackle the 8,848 metre peak — owing to high winds and extreme cold.

Temperatures at the summit average -36 celsius (-33 fahrenheit) in winter and can drop as low as -60 celsius.

The team — which includes four Nepali guides — had experienced winds of over 100 kilometres (62 miles) per hour and windchill temperatures of minus 40 C (minus 40 F), Rubio said.

Txikon is expected to try and reach the summit — where temperatures average minus 36 C in winter and can drop as low as minus 60 C — in the first week of February.

Rubio said he expected to be discharged from hospital later Monday and would fly home to Spain in the next few days.

Mountaineering is a major revenue earner for impoverished Nepal, home to eight of the world's 14 peaks over 8,000 metres. 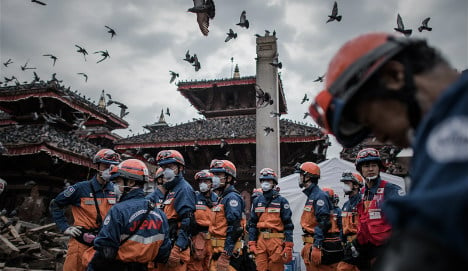