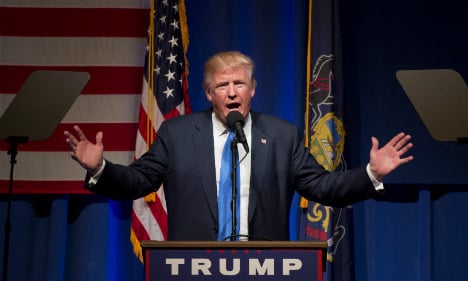 Spain is in a particularly vulnerable situation if Donald Trump makes good on his promises as a champion of protectionism. During his campaign he has voiced criticism of the Transatlantic Trade & Investment Partnership – or TTIP – a complicated trade deal between the US and the European Union on which talks started in 2013.

Trump’s election will likely see it indefinitely stalled if not actually scrapped, which is bad news for Spain as one of the key beneficiaries of the deal.

The US is Spain’s largest trading partner outside of the EU with exports from Spain representing €6.7 billion from January to June, according to data published in El Pais, with the balance of trade in the first half of this year in Spain’s favour.

Spanish companies with large investments in Latin America, notably Mexico and Cuba, could also suffer if relations break down under the Trump administration. The US has two sizable military bases in Spain, its naval base in Rota, near Cadiz in southern Spain and an air base in Morón outside of Seville. Together these permanent installations bring in an estimated €600 million to the local economy.

In 2015 a deal was signed by Secretary of State John Kerry with the Spanish government to boost US operations at Morón from the 800 personnel currently stationed at the air base in southwestern Spain to a further 2,200 marines plus 500 civil staff.

However, Trump has signalled that he may want to reduce US intervention in foreign parts which could see a reduction in military staff abroad.

Trump has also spoken out against Nato arguing that other countries in the alliance weren’t pulling their weight. He has suggested that US ‘protection’ should be in exchange for payment, raising the prospect of countries including Spain having to raise its contribution on security spending. Spain has been waiting over 50 years for Washington to take some responsibility in clearing up after the 1966 accident which saw US nuclear bombers crash in southern Spain, in the Andalusian beach town of Palomares.

In 2015, under an agreement signed by then Secretary of State John Kerry,  Washington finally agreed to clean up radioactive material from the site.

Under the accord, the US authorities said they would clean up a 50,000 square metre patch of contaminated soil near the village of Palomares and transport it to a secure disposal unit in the US.

The next step would be a be a legally binding document specifying who would pay for what, but that was delayed by Spain’s political paralysis last year that saw Spain without a government for ten months. And now that Trump is in power, the agreement could be derailed all together.

Spain and the US have for years enjoyed collaboration in the field of education with Spain’s Ministry of Education relying on native English speakers from America in the classroom. Each year Spain offers over 2,500 teaching assistant positions to North American applicants under their “cultural ambassador” programme.

In return, Spain has been sending qualified teachers to the US (and Canada) to fulfil teaching posts in areas where school boards are looking to boost Spanish language learning in their schools.

For the academic year beginning in 2016, Spain’s Education Ministry was asked to send over 735 Spanish teachers.

Will Spanish education still be considered such a priority under Trump’s administration?  If not, such a collaboration could be in jeopardy.


The Trump caganer was the best seller at Christmas Photo: AFP

Prime Minister Mariano Rajoy is ever the optimist, at least in public, insisting that there is no reason to think that the good bilateral relationship will not be maintained after Trump moves into the White House on January 20th.

“Relations are good and I have no doubt that they're going to continue being good in the future and, if it's possible, we're going to improve them,” the premier said on a visit to New York last month.

Rajoy said that bilateral relations at present are “magnificent” because the two nations share the same values and principles, including the idea of democracy, freedom, respect for human rights and the belief in people as the engine of progress. 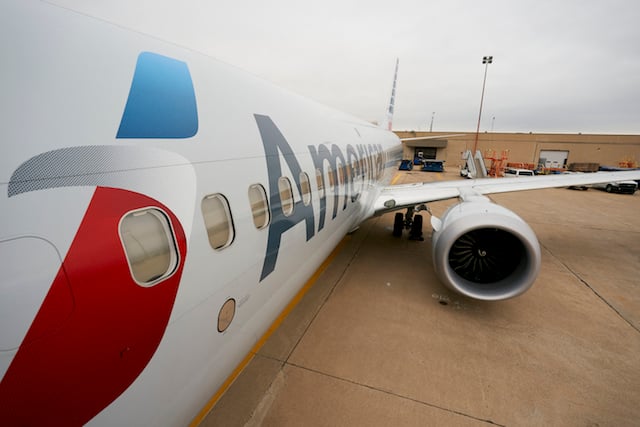 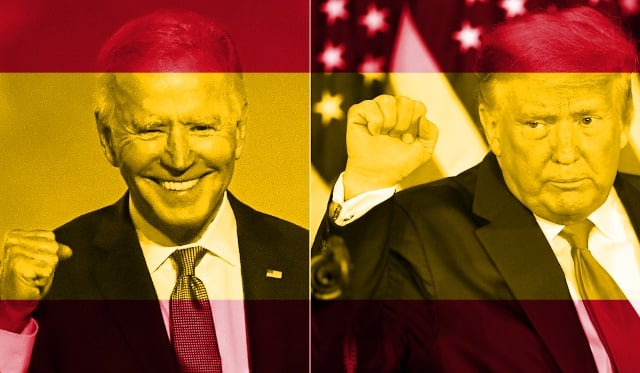