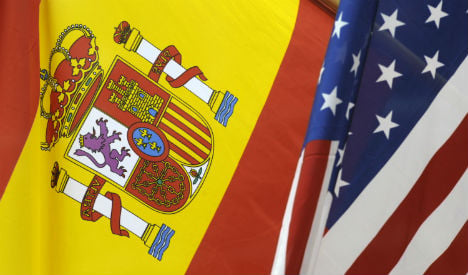 Many Americans living in Spain have expressed their horror and disappointment on Wednesday morning as they woke to the news from across the pond that Donald Trump would be the 45th president of the United States.

But is the prospect of a Trump presidency at home enough to make them want to renounce their US passport?

This form of requiring nationality requires the person concerned to have been a legal resident of Spain for an uninterrupted period of ten years immediately prior to the application.

An application for Spanish citizenship must be made to the Minister of Justice, who can refuse it on grounds of public order or national interest.

You also require a certificate of good conduct from the police, a statement from two Spanish citizens supporting your application, and you must show that you’re a good citizen and integrated into Spanish society. (Most people find it necessary to employ a lawyer to handle the paperwork involved.)

Once you have been approved, you have to swear your loyalty to the King and promise to obey the Spanish constitution and laws.

You also have to renounce your previous nationality.

One way to drastically shorten the waiting time to gain Spanish nationality is to be married to a Spaniard.

If you have been married to a Spaniard for at least one year, you can apply for Spanish nationality, also via the Ministry of Justice.

You have to still be married to a Spaniard upon application, no separated or divorced people need apply.

Widows and widowers of Spaniards can also immediately apply for Spanish citizenship.

You can apply for Spanish nationality if one or both of your parents or grandparents is Spanish, even if they were born outside of Spain.

Conversely you can also apply for citizenship if you were born in Spain to foreign parents.

Again, you need to apply through the Justice ministry.

If you happen to be able to prove that you have Sephardic Jewish ancestry, then you can apply for Spanish citizenship, even if you are not a resident in Spain. The law approved in 2015 is open to Jewish and non-Jewish people of Sephardic origin, provided that they can prove their Sephardic origin and a special connection with Spain.

More details on how to apply can be found here.

Since October 2015, those applying for citizenship in Spain are required to pass a test to prove their Spanish language skills and how well they have integrated into Spain – an issue that has caused its fair share of controversy.

More information on the test can be found here.

But remember the process is so long winded that Trump's four-year term as president could be over before you even have a Spanish passport in your hands.

That said, he could be elected for a second term…

All official information on applying for Spanish citizenship can be found on Spain's Justice Ministry website.

Are you an American living in Spain? We want to hear your views. Send us an email, comment below or join the discussion on our facebook page.