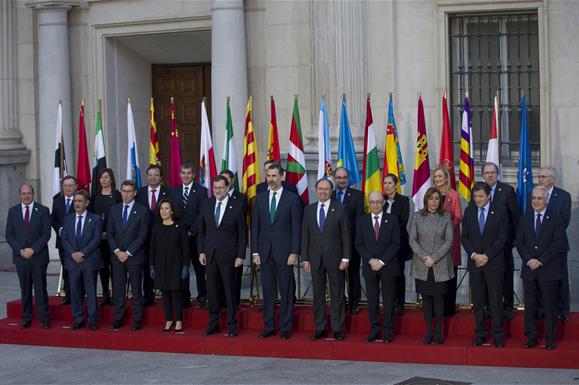 Catalonia chief Carles Puigdemont, who wants independence for his region, and Iñigo Urkullu, head of the strongly autonomous Basque Country, did not show up at the meeting in Madrid.

The meeting brought together the presidents of Spain's 15 other semi-autonomous regions and the enclaves of Ceuta and Melilla.

There have been five such gatherings in the past, the last one in 2012, but both Puigdemont and Urkullu favour direct, bilateral negotiations with the state.

“These types of meetings aren't the most useful to defend the interests of the Catalans,” Puigdemont said in a press conference on Monday.

Among other things the talks will address Spain's budgetary arrangements under which most regions send tax money to Madrid, which then redistributes it according to what it believes each area needs.

Wealthy Catalonia, which represents around 20 percent of Spain's economic output, regularly complains that much of the tax money it sends to Madrid is used to prop up poorer regions.

These and other grievances have contributed to the region's decision to go a step further and hold an independence referendum in September – a move that Madrid categorically opposes.

The Basque Country, for its part, enjoys a high level of autonomy in many areas including taxation, a sector that Catalonia and other regions would like to get more control over.