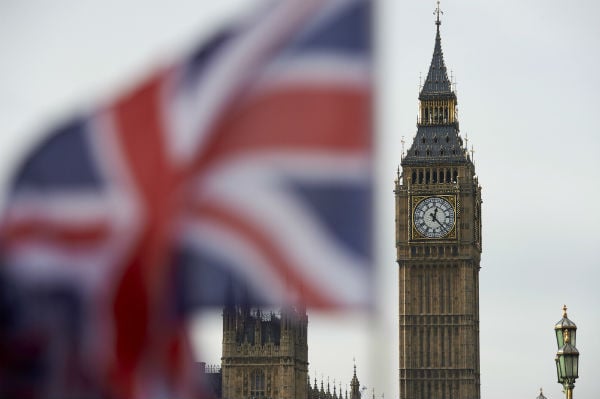 A group of British nationals, including Sue Wilson, from Bremain in Spain, which campaigns for the rights of British people in Spain, told a parliamentary select committee in Westminster that the UK should make the first move when it comes to the increasingly thorny issue of the rights of EU citizens in Britain and those of Brits living around Europe.

In her landmark Brexit speech on Tuesday, British Prime Minister Theresa May admitted she was reluctant to guarantee the rights of Spanish, French and other EU nationals living in the UK, until she was given similar guarantees about Brits living in Spain and France.

In other words the five million people affected – two million Brits and three million EU nationals living in the UK – are being used as a pawn in negotiations, that will only begin once the British government triggers the famous Article 50.

Sue Wilson and Christopher Chantrey, who is head of the British Community Committee of France,  told the parliament select committee, led by Labour MP Hilary Benn, that Theresa May must make the first move.

“We want something to be done immediately,” said Chantrey. “It is the UK triggering this process. It would be a magnanimous gesture and a good way to open the negotiations, by saying ‘this is what we are going to do for EU nationals in the UK’.

Sue Wilson added: “People are suffering now and people have been suffering since [the referendum on] June 23rd because of fear and anxiety about what is going to happen in the future.

“Theresa May needs to act now and that would encourage other countries to reciprocate and would improve relations at the start of negotiations,” she said.

She told the 'Exiting the European Union Committee' that Brits abroad were still British citizens and should be looked after as such by the British government.

Their wish was echoed by Frenchman Nicolas Hatton head of the group “3million” which campaigns for the rights of EU citizens living in the UK.

“We want the British government to make the first move, because it’s the UK which is leaving the EU and not the other way round,” said Hatton.

The select committee also heard about the real concerns and worries that have blighted Brits living in the EU since the referendum result, namely around healthcare, future pensions and the right to remain in the countries where they have made their home.

“Pensioners are already suffering from the falling exchange rates. They are worried about what will happen to their pensions and their healthcare cover,” said Valencia-based Wilson, who moved to Alcocebre with her husband a decade ago.

“We need to get away from this perception that expats in Spain are all on holiday and have a good income and good standard of living. Many people are struggling financially. Where will Brexit negotitations lead us? Photo: F Govan

“They are concerned about whether they can stay in the country or whether they will be forced to come back to the UK.”

Wilson explained that the primary concerns for those Brits who had moved to Spain would be the impact that Brexit would have on their pensions and their right to free healthcare.

“There are quite a few working Brits in Spain (and Europe) who spend time working in the UK, also obviously pensioners who get paid in pounds, so anyone who gets paid in sterling is suffering already because of the drop in exchange rate and people are very concerned about the value of their income going down in the future,” she told the committee.

“The big concern is for people wondering whether they will have free healthcare in the future. It is very expensive to buy private healthcare in Spain, particularly for the elderly or those who have a pre-existing condition. That could make the difference to whether people are able to stay in Spain or have to return to England,” she said.

“Many people have moved to Spain particularly for their health because they suffer from rheumatism or arthritis so do better in a warmer climate…so beyond any financial considerations… returning to the UK could have an impact on their life expectancy,”

Chantrey warned the committee that there would be a significant impact on the UK if tens of thousands of British pensioners living throughout the EU were forced to return “homeless, without health cover and with diminishing pensions.”