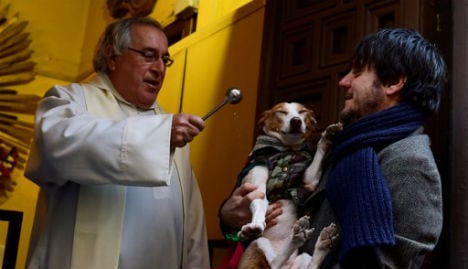 A man has his dog blessed at St Anthony's Church in Madrid's Chueca district. Photo: Pierre-Phillippe Marcou/AFP
“In the name of the father, the son and the holy spirit, I bless you. Amen,” said father Angel as he sprinkled a few drops of holy water on Chispi's head.
The 10-year-old shih tzu was wearing a special red coat for the occasion.
“We hope this will allow him to live another year longer,” said Chispi's owner, 56-year-old Maria Luz Gomes, who comes every year to the festival all the way from Cantabria in the north of Spain.
Mar Lopez, 45, travelled 50 kilometres (30 miles) from Zarzalejo to the capital but brought her two dogs, eight-year-old Gromit and Frida, one.
“I like this church, it accepts everyone. Animals too,” she said. “Saint Antony loved and blessed animals. He said they were God's creatures and that's why we bless pets here,” father Joaquim told AFP at the St Anthony church in Chueca, a Madrid neighbourhood popular with the gay community.
Saint Anthony, whose actual feast is on January 17, was a Christian monk born in Egypt in the third century.
Sometimes known as Anthony the Great he is considered by some to be the father of all monks. A hermit and Spain's patron saint of animals, the likes of Velazquez, Bosch and Di Cosimo painted him alongside a pig. 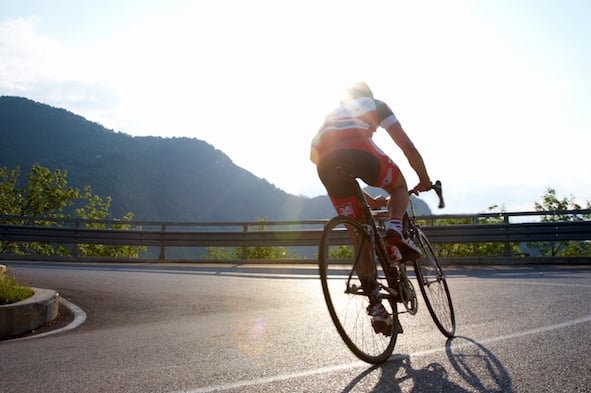