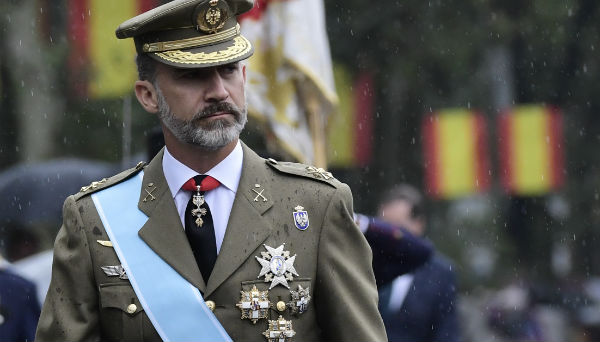 Felipe VI will be accompanied during his January 14-16th visit by Foreign Minister Alfonso Dastis and Public Works Minister Inigo de la Serna, the foreign ministry said in a statement.

The visit had originally been scheduled for November but it was delayed because of the death of Prince Turki bin Abdel Aziz, a brother of Saudi Arabia's King Salman.

The king's trip is expected to coincide with the signature of a contract under which Saudi Arabia would buy five warships from the Spanish company Navantia. The deal has been criticised by rights groups who fear the ships would be deployed by the Saudis in the Yemen conflict.

A Saudi-led coalition began air strikes over Yemen in March last year after Huthi rebels and their allies, troops loyal to ex-president Ali Abdullah Saleh, overran much of Yemen.

Riyadh feared the Huthis would take over all of Yemen and move it into the orbit of Shiite Iran, Sunni Saudi Arabia's regional rival.

The Saudi-led alliance has faced repeated allegations of killing civilians with its air strikes in Yemen.

Over 7,000 people have been killed – more than half of them civilians – in the conflict, while another three million are displaced and some 70 percent of the population needs food aid.