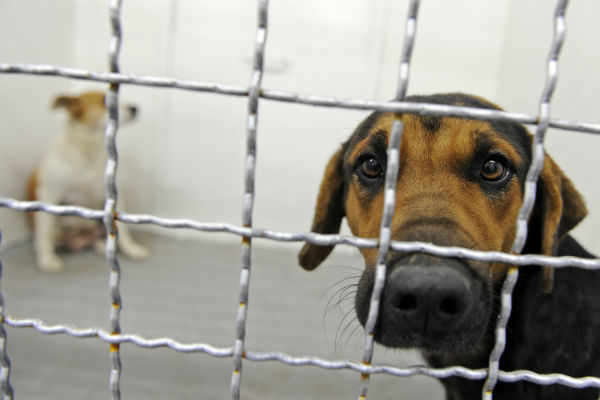 Thousands of healthy animals were slaughtered at the Torremolinos rescue centre. Photo: AFP

The court in the southern city of Malaga also slapped Carmen Marin Aguilar, 72, with a fine of €19,800 ($20,800) after finding her guilty of animal cruelty and document falsification.

A janitor at the Parque Animal shelter in Torremolinos on the Costa del Sol, Felipe Barco Gamez, 55, was jailed for one year and ordered to pay a fine of €3,600 for his role in the pet deaths.

The court said Aguilar injected “healthy animals of different breeds, mainly dogs and cats” without sedation with euthanizing drugs while Gamez held them down. Aguilar used a smaller dose of the euthanizing drugs than is advised, in order to save money, and injected it directly into muscle tissue instead of intravenously as recommended, it added.

This caused a “slow death with a painful and prolonged agony,” the court said in its ruling.

Prosecutors accused the pair of having killed 2,183 animals between January 2009 and October 2010, when the alleged slaughter of the animals first came to light during an inspection of the facilities.

They believe the pair slaughtered the animals to reduce costs and make room for the centre's for-profit activities.

The shelter for abandoned animals also provided paid grooming services as well as a private animal clinic even though the director did not have a veterinary diploma.

Prosecutors said the pair disconnected security cameras when they killed the animals and would play loud music over a megaphone to mask the ensuing “howls”.

Both Aguilar and Gomez denied killing the animals.

Aguilar told the court during her trial that she “loves animals” and could not have injected them because she has a “phobia” of needles.

“I don't even dare to cut their nails,” she added .

The landmark sentence was welcomed by animal rights groups.

“”Today is a historic day for all of us dedicated to protecting animals in Spain,” said Nacho Paunero, president of El Refugio animal shelter in Madrid. “For the first time we are we are going to see an abuser put behind bars.”