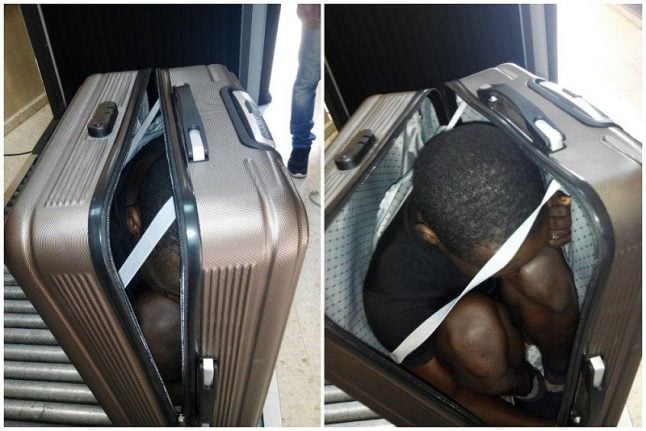 The Spanish Civil Guard arrested the woman in Ceuta, one of Spain’s two enclave bordering Morocco, on December 30th.

The 22-year-old was caught after border guards observed her “acting suspiciously” as she waited in line to cross the border with a large suitcase.

Her apparent nervousness led to officers asking her to open her suitcase.

Inside, they discovered a man curled up in the airless case just moments away from suffocation.

He is reportedly 19 and from Gabon although he carried no passport or other identification papers.

The woman is thought to have been part of a people smuggling operation who was paid to transport the young man into Spain. She could face up to seven years in jail.