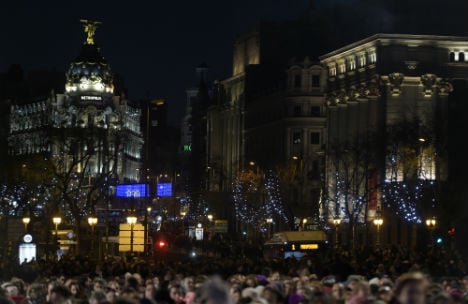 In the wake of the jihadist attack on a Christmas market in Berlin when a truck ploughed through the crowds killing 12 people and injuring  dozens more, Spanish authorities have boosted security in public areas over the holidays.

On Friday it emerged that Madrid’s City Hall would impose a ban on large trucks and buses across much of the center of the capital from January 3rd until Epiphany.

Vehicles over 3.5 tons will be diverted away from streets that will swell with crowds during the processions on the eve of Epiphany.

The ban is in addition to security measures imposed at such events across Spain after councils were told to install extra bollards, large planters and to use police vehicles to block traffic.

Extra police have been drafted in to patrol all potential hotspots, although the Ministry of Interior has pointed that no specific terrorist threat has been detected.

“Extreme vigilance” was called for on the “prominent dates” of Christmas, New Year's Eve and on the evening of January 5th when many towns stage ‘Three Kings' parades.

Spain has been on level 4, out of a possible 5, since June 2015, the highest since the Madrid train bombings in 2006, after a shooting attack at the beach resort of Sousse in Tunisia left 38 people dead.

Isis claimed responsibility for the  Berlin attack, saying that the perpetrator followed their call for adherents to attack the countries which are fighting against them in the Middle East.