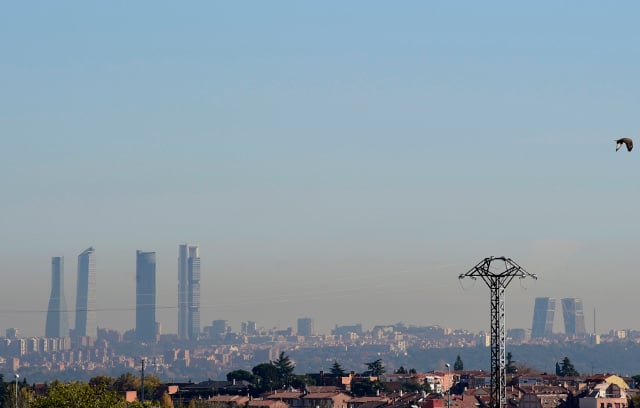 The measures kicked in because the level of nitrogen dioxide in the air exceeded 180 micrograms per cubic metre on December 26th, and will be in place until the contamination reduces. The situation has not been aided by calm weather, which is expected to continue in Madrid for the next few days.

The City of Madrid has recommended that residents of the capital leave their cars at home and use public transport, and that anyone with respiratory problems avoid exercising outdoors.

If the pollution levels remain unchanged or increase, further measures will begin. The City of Madrid has already announced that cars will be banned from parking within the areas of the city where SER parking meters apply between 09:00 and 21:00 on December 28th, unless the owner is a resident in that area or the vehicle is given special authorization.

The city government will provide an update on the situation and announce any further measures by lunchtime on Wednesday.

This is the second time in less than a week that emergency anti-pollution measures have been put in place, with the first instance occurring on December 22nd.

Madrid is recognized as the most polluted city in Spain, a nation where 29,980 deaths were attributed to air pollution in 2013, according to the Air quality in Europe – 2016 report, published by the European Environment Agency (EEA) in November.

The city's mayor recently signed a commitment to ban diesel-powered cars and trucks in the city by 2025.