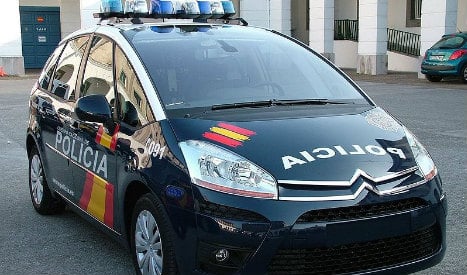 The gang would stop tourists near hotels and Barcelona's airport and ask to see identification or perform searches and would then grab cash, watches, smartphones and other valuables and quickly flee, Catalonia's regional police force said in a statement.

The ring also stopped cars with foreign licence plates on highways near Barcelona and then robbed the occupants of the vehicles said the force, the Mossos d'Esquadra.

Police arrested eight suspected members of the ring, all Iranian and Pakistani nationals, last week in Badalona, a Barcelona suburb, and Valencia.

The suspects – six men, a woman and a minor – are believed to have taken part in 40 robberies.

Among the loot recovered during the arrests were several luxury watches, 5,000 euros in cash and a “huge amount” of electronic devices.

“The hoax they carried out could only be carried out on foreigners because anyone who lives here would understand they were not police officers from the way they behaved,” Mossos d'Esquadra inspector Jordi Olle told a news conference.

Catalan police said members of the criminal gang travelled across Spain and had also operated in Madrid and Valencia.

Spain's national police said Monday they had smashed a criminal gang which preyed on tourists in Madrid in the same way, with the arrest last month of nine suspects, all Pakistani and Iranian nationals. That gang is suspected of carrying out at least 21 robberies.