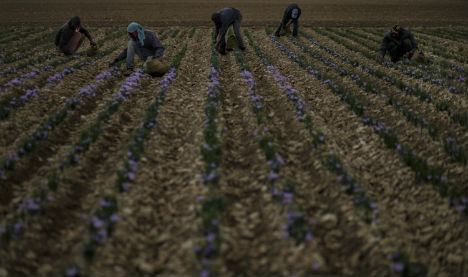 After a lull in production due to the high cost of growing saffron in Spain, farmers are now back in business as customers have started seeking quality over lower prices.

Sitting around three long tables at the Molineta company in Minaya, a 1,600-strong village 200 kilometres (124 miles) southeast of Madrid, elderly ladies extract bright red stigmas from violet saffron crocuses that will subsequently be dried and sold off.

Every day during the autumn harvest, Segunda Gascon, 78, blackens her fingers as she works the fragrant petals, a gesture she has practiced again and again since 1964 when she was given a small batch of seedlings for her wedding. She is part of a group of around 50 people – many of them retired – who are paid to help out at this time of year in the small village of the Castilla-La Mancha region.

Nearby Dolores Navarro, 83, sings a folk song as she works: “The saffron rose is a fragrant flower, that grows at sunrise and dies at sunset.”

She remembers the men who would come to the village in the 1960s to buy the spice “at a high price.”

But then came the modernisation of agriculture, which led to a drop in many food prices.

Saffron though, which relies on intensive manual labour, remained expensive and Spanish producers were unable to keep up.

From more than 100 tonnes a year at the start of the 20th century, Spanish production dropped over the decades to reach just 1.9 tonnes in 2014, the last official figure. By comparison Iran – where the workforce is cheaper and the selection of stigmas less strict – says 93 percent of worldwide saffron production came from the country in 2015, at 350 tonnes.

Spain, Morocco and Kashmir shared what was left. “In the 1980s, saffron was ruinous,” says Molineta founder Juan Antonio Ortiz, a 66-year-old farmer.

Standing by his field, he keeps an eye on the basket-carrying Bulgarian, Senegalese and Malian day labourers, who have been picking still-closed flowers since daybreak and are paid €5.20 a kilo.

Unlike others, Ortiz decided not to abandon his precious flowers, and it eventually paid off.

“I held on because I always liked growing this,” he said.

“I was barely walking and I was already in the saffron plots with my mother picking the flowers.” At the turn of the century, Ortiz and his wife Maria Angeles bet on quality to broaden their production, which now comes complete with a protected designation of origin (PDO) label recognised by the European Union.

They sell their saffron to distributors from Spain, the United States, European countries and even the United Arab Emirates.

Once Maria Angeles has sorted through the stigmas with tweezers, and dried them on a silk canvas above a small fire, she puts them in small plastic bags to wait for experts who control their composition to give them their PDO.

They will then be able to sell the saffron threads with their distinctive aroma.

The price? Four euros per gramme.

Spanish saffron is “among the best of anywhere,” says Pat Heslop-Harrison, professor of agricultural biology at Britain's Leicester University.

“Castilla-La Mancha has the perfect conditions,” he adds, pointing to “the types of soil, climate, how it is harvested and dried.”

That fact has not gone unnoticed among Spain's legion of chefs. “In Spain, we treat it as if it were threads of gold,” says Daniel Lasa, chef at Spain's Michelin-starred Mugaritz restaurant.

“La Mancha's saffron is much clearer, less bitter” than that of Iran, he adds.

He prefers using the spice for soups and gelatines, and to accompany seafood.

In the region around Minaya, Spain's devastating economic crisis, which erupted in 2008, pushed many to return to growing what is known as “red gold.”

There are now 267 producers of saffron with the PDO label alone in Spain.

Just 100 kilometres away in Toledo province where unemployment is sky-high, small-scale producers are on the rise, grouping themselves into cooperatives. 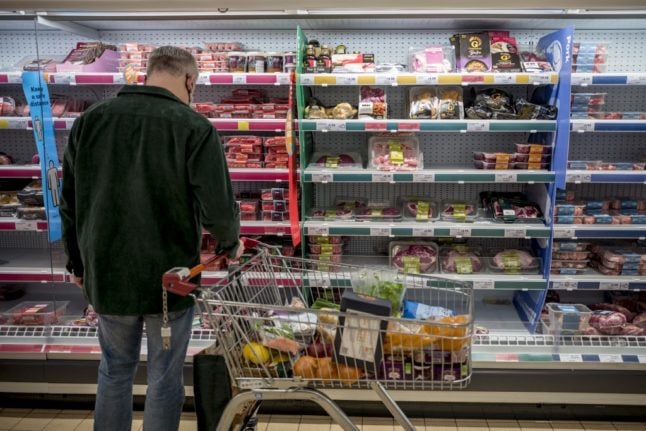