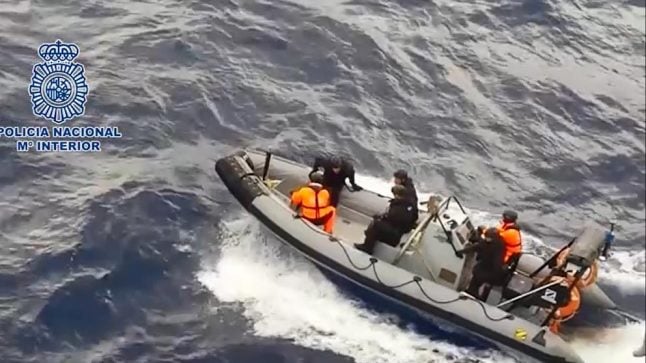 The traffickers operated in Europe, Africa and South America using a fleet of boats to smuggle cocaine shipments into Europe, the Interior Ministry said on Tuesday

In the first joint operation between Spanish and Moroccan police of its kind, 18 Moroccans and 6 Spaniards were arrested in connection with a shipment seized off the coast of Morocco.

Investigators believe the shipment originated in South America and was bound for Galicia, the coastal region in northwestern Spain, before being distributed across Europe.

As police patrols moved in on the gang, the crew threw bundles containing cocaine overboard, the ministry said.