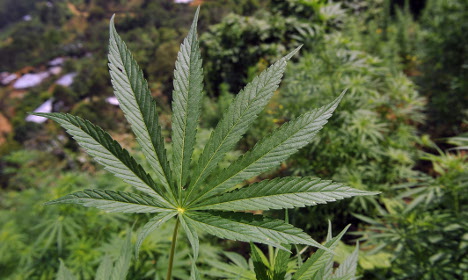 Postal staff in Bullas, a town in the southern Spanish region of Murcia, reported suspicions to police after noticing regular packages addressed to the UK and Ireland that gave off a strong aroma of weed.

Officers from the Guardia Civil carried out surveillance and discovered a British couple were responsible for posting the packages, which were always sent without a return address and with a sticker printed with a logo, according to the local newspaper La Opinión de Murcia.

The couple were tracked to their rural property on the outskirts of Bullas where police found two large greenhouses used for the cultivation of cannabis as well as drying machines and equipment used to process the drug.

Another two Britons were also arrested for involvement in the cultivation and trafficking of drugs, which were sold over the internet.