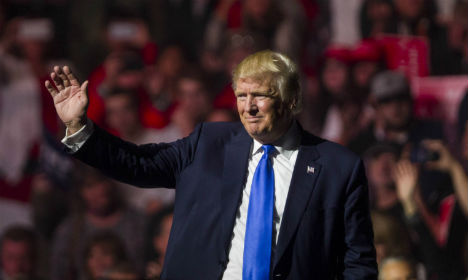 Trump has been elected as the 45th president of the USA:

Spain's Prime Minister Mariano Rajoy tweeted out his congratulations to the new president. “We'll continue to work to strengthen relations that we have with US, an indispensible partner”.

Those on the left were quick to comment on the billionaire’s shock victory, calling for a social movement to rise up and protect democracy.

Albert Rivera, the leader of Spain's centrist party Ciudadanos said: “We ave to reflect on why Trump was elected. Becuase there was no alternative project on offer.”

El Pais published a 6am election special with the headline: US falls into the hands of aggressive populism of Trump.

Are you an American living in Spain? We want to hear your views. Send us an email, comment below or join the discussion on our facebook page.