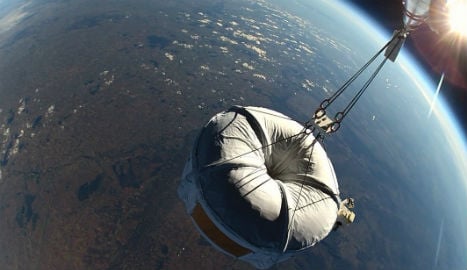 Zero2Infinity's microbloon space launcher. Photo: Zero2infinity
Barcelona-based Zero2Infinity aims to harness the same technology used in helium weather balloons to float its first clients to the edge of space within two years, according to CEO Jose Mariano Lopez-Urdiales.
“We are solving the problem with space access in a totally different way. We're getting outside of the atmosphere using cheap, clean, high-altitude balloons — a technology that is well-understood and mature,” he told AFP at the World Space Risk Forum in Dubai. “From there, the possibilities are endless.”
At a cost of 110,000 euros (around $122,000), the trip to the stratosphere will not be cheap, but Mariano believes there will be a big market for people interested in experiencing a few hours as an astronaut.
“Some people want to provide connectivity so we will launch their satellites,” he said. “Some people want to get married up there, so we will send them on a ride and the captain of the ship will marry them.”
Founded seven years ago, the company has already done over 30 test flights using prototypes to demonstrate the technology. A number of setbacks have hit other bids to achieve regular passenger space
travel in recent years.
In 2014, British billionaire Richard Branson's Virgin Galactic spaceship — intended to take tourists to the edge of space — broke up on a test flight, killing a pilot and delaying the firm's space-tourism goals.
In February this year, Virgin Galactic unveiled a new commercial spaceship but underscored that commercial space flights would not be available until it was satisfied it could carry them out safely.
SpaceX, a privately-funded initiative planning to launch a human mission to Mars by 2024, has suffered accidents in testing, most recently when a Falcon 9 rocket exploded on the launchpad in September.
But with balloons, Lopez-Urdiales insisted, the dangers are dramatically minimised.
“You don't have all the explosion risks associated with rockets and you don't have the high-speed re-entry risk,” he said. “We don't even go above the speed of sound.”
Zero2Infinity is one of a number of companies eyeing new methods of low-cost, high-altitude flights to the edge of space.
US-based company World View Enterprises also plans to float tourists using pressurised pods attached to helium balloons. It believes it can begin as soon as next year.
Lopez-Urdiales said his firm first plans to launch satellites into orbit from their balloons, releasing the devices from beneath the balloon canopy.
Human flights will follow, carrying passengers in a futuristic pod providing unparalleled views of the curvature of the Earth, as well as surrounding stars and planets set against the blackness of space.
“You can provide the visual experience that astronauts have,” he said.
Rising to height of around 40 kilometres (25 miles), or three times the altitude of passenger jets, the flight will take between five and six hours — “more than enough to really remember the experience”, he  added.
Lopez-Urdiales said his firm is considering launching balloon flights from Dubai as well as other Gulf destinations.
“We think both launching satellites and launching space tourists is going to be an activity that creates a lot of wealth and a lot of prestige for the location where this happens,” he said.
“That's one of the reasons why we think Dubai and (the Gulf) are a good place to come to.”
A growing tourist destination, the United Arab Emirates said last year it was pressing ahead with plans to send the first Arab unmanned probe to Mars by 2021.
In 2014, the UAE government said its investments in space technologies topped 20 billion dirhams ($5.4 billion, 4.8 billion euros).  Lopez-Urdiales said that the technology for balloon space flights has
existed for decades.
“We just want to make it affordable and safe for as many people as possible,” he said. 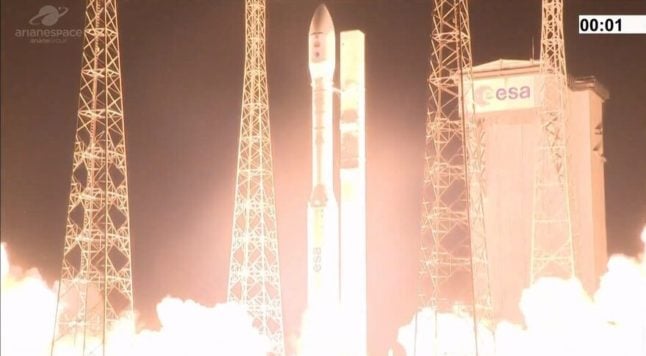 The photo appears like a black and white image but infact was produced in colour.

This image from @CopernicusEU #Sentinel2, taken on 11 January, shows #Madrid, Spain. This is not a black and white image, it is actually true colour – the heaviest #snowfall in 50 years has blanketed the region, turning the landscape white ?https://t.co/hY7qpfhLKp #madridsnow pic.twitter.com/T7tF619lOV

Here's a video showing the footage from the Copernicus Satellite, Sentinel 2.

A video released by air traffic control at Madrid's Adolfo Suarez Barajas airport provides a pilots view of landing a plan during the big freeze on Tuesday morning.

Even Tenerife had a dusting of snow, captured here on Spain's tallest peak, Mount Telde.

El Teide in Tenerife with quite a lot of snow today, seen by #Sentinel2 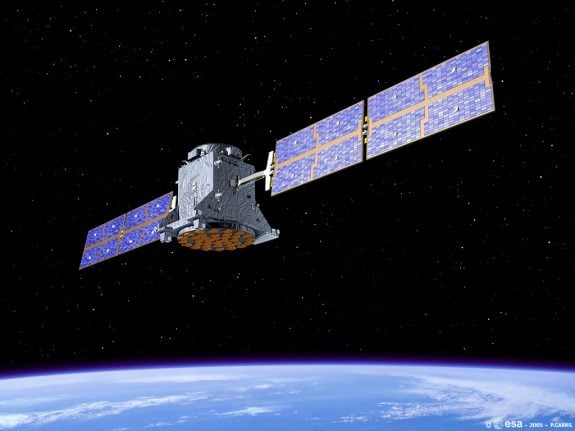