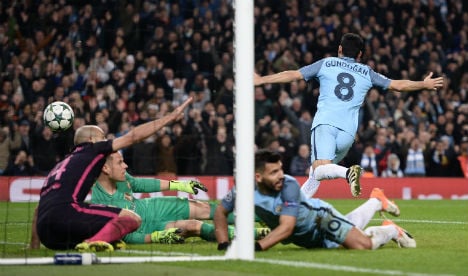 Barça had won all five previous meetings between the sides over the past two years and a landmark European victory looked set to be beyond City once more when Lionel Messi finished off a lethal counterattack for his 15h goal in his last 13 games against English opposition.

“I think it was one of the best first-half performances from my team (this season), which, in a scenario like this and against such a difficult team, has a lot of merit.”

Messi's 21st minute opener was followed by a 15-minute spell of complete Barça domination, but Sergi Roberto's error in gifting the ball away on the edge of his own box turned the game as Ilkay Gundogan levelled before the break for Pep Guardiola's side.

Kevin De Bruyne's stunning free-kick and another from Gundogan sealed a 3-1 win after half-time and a famous win for Guardiola against the club he won 30 trophies with as player and coach.

Even Guardiola was effusive in his praise for Barça's start.

“The (first) 38 minutes (shows) we cannot compete with the best teams in the world,” he said.

Yet, in seeing their good work of the first 45 minutes so ruthlessly undone by City's power, pace and precision, Barça's dependence on two pillars of the side – often overlooked due to the presence of Messi, Luis Suarez and Neymar – was exposed.

As well as being a rock at the back, Pique's ability to play out from the back was missed against City's pressing.

In his absence, Sergio Busquets had to take even more of that responsibility from holding midfield and was uncharacteristically flustered in consistently giving the ball away.

“Sometimes it is a matter of centimetres between robbing a ball or controlling it,” said Busquets, who is suffering one of the worst spells of form in his distinguished career.

“When you play against a team like City, they were more efficient.”

Busquets's life is further complicated by the absence of Iniesta alongside him in midfield.

Without the key cog in assuring quality service to the “MSN” frontline, City's pressing managed to short-circuit Barça's midfield after the break.

It is no coincidence that Iniesta hasn't started in all three of Barça's defeats in their last 12 games.

Worryingly for Enrique, Iniesta and Pique will also miss Sunday's crucial La Liga trip to Sevilla, whilst Iniesta is a doubt for Real Madrid's visit to the Camp Nou on December 3rd.

Despite defeat Champions League progress will be assured for the Spanish champions with just a point at Celtic in three weeks' time.

Barça can also secure top spot with four points from their last two games as Borussia Moenchengladbach travel to the Catalan capital on matchday six.

Enrique's men retain the better head-to-head record against City thanks to Messi's hat-trick in a 4-0 rout in Barcelona two weeks ago.

“We are calm because it is still in our hands,” said Suarez.

While there is no need to panic, City's second-half showing at the Etihad means at least some of Barça's fear factor will be lost if the two meet again in the knockout phase. 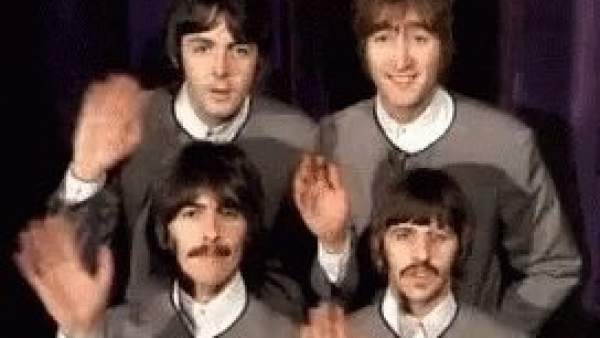 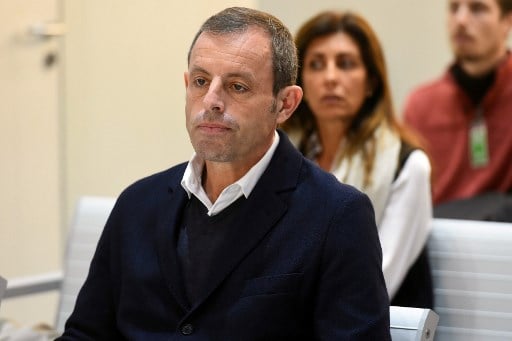