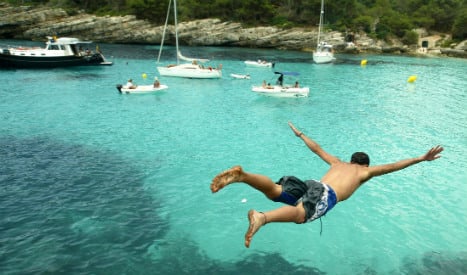 The islands will have longer evenings during winter. Photo: AFP

Given their easterly location, the sun sets over the islands of Mallorca, Menorca, Ibiza and Formentera almost an hour earlier than in the western most parts of Spain’s peninsula.

The motion, proposed by the left wing Més per Menorca coalition and which will be put to the vote on Tuesday, claims that the obligatory change is based on “obsolete industrial” concerns.

Instead it is now “more logical, rational and natural to make the most of resource like the sun”.

In short, more sunlight will combat insomnia and depression and encourage people to be outside more and therefore more active and healthy and will improve family life.

Forcing the islands to turn the clocks back is “detrimental to one’s health and damaging to working and family life,” according to the Illes amb Claror (Bright Islands) campaign.

Keeping summertime could also bring an economic boost, bringing more tourism during the winter months and keeping down electricity bills.

But Madrid will have the final say so over whether the Balearics can change their timezone unilaterally.

Spain’s next government may also consider shifting the nation’s timezone and bringing it line with GMT if Mariano Rajoy forms a minority government as he is expected to next week.

The Ciudadanos party, which has given its backing to Rajoy, has pledged that it will push for the nation to return to GMT arguing that it will improve productivity and prove a decisive break with the country’s Francoist past.

Despite lying far to the west of the standard Central European Time (CET) zone, Spain has been running on this time since 1942, when Spanish dictator Francisco Franco turned the clocks forward in solidarity with his allies, Nazi Germany.

Rajoy has given the nod to a change in time zone would arguably increase productivity, putting an end to Spain's culture of long working hours, and with it the traditional two – three hour lunch break. 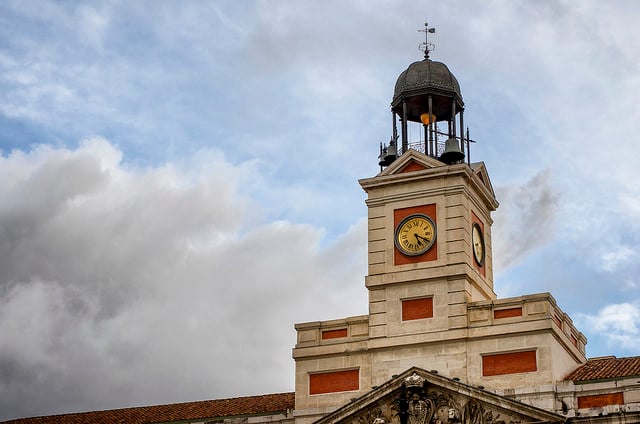 CLOCKS
Why it’s time Spain turned back the clock forever 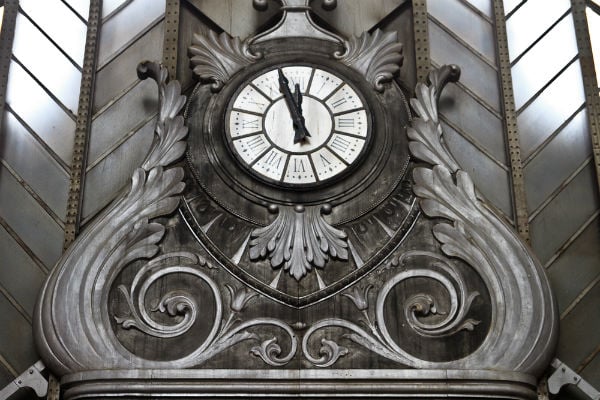 FRANÇO
EU votes to scrap clock changes: What that means for Spain

When the EU announced a movement to abolish the practice of daylight saving last year, it particularly struck a chord in Spain, where many believe they are living in the wrong time zone.

EU wide movement against it

In 2018, the President of the EU Commission announced his plan to abolish the changing of the clocks after an online survey showed that Europeans are in favour of staying permanently on “summer time”.

Jean-Claude Juncker said he wanted to follow the wishes of the 80 percent of Europeans who voted to get rid of the seasonal changing of the clocks, so Europe could remain on Summer Time all year round.

But earlier this year the measure was postponed until 2021 to allow all the national government time to decide which time-zone they want to stick in.

This means that European nations must communicate whether they choose summer or winter time, at the latest, by April 2020. If they opt for the first option, the last time change will take place in March 2021, while the clock will be changed for the last time in October 2021 in those nations that decide to stay with winter time. The time difference also explains one of Spain’s most striking peculiarities: its late meal times. Despite the country running on CET, Spaniards' eating patterns mirror GMT; people tend to eat lunch at what would be 1pm in London (but 2pm in Spain) and dinner at a reasonable 8pm in London (but a yawn-inducing 9pm in Spain).

Turning back the clocks one hour would, according to Nuria Chinchilla, professor at Spain’s IESE business school, help Spaniards “return to the natural order of our circadian rhythm (our 24-hour physiological cycle) that goes with the sun… and the sun in Greenwich, not Germany”.

“The reasons why the time change was introduced (energy saving, fewer accidents, benefitting agriculture and livestock) are no longer in force: energy efficiency measures save much more energy, developments in infrastructure and advances in car technology prevent accidents (at night) and agriculture and livestock industries have made enough progress to not depend on one more hour of sunlight,” he said. Not everyone, however is in favour of putting the clocks back an hour. Not even just for winter.

The Balearic Islands want to introduce a measure that will see time stand still across the archipelago, or at least will see the islands keep summertime when the rest of Spain turns the clocks.

Given their easterly location, the sun sets over the islands of Mallorca, Menorca, Ibiza and Formentera almost an hour earlier than in the westernmost parts of Spain’s peninsula.

Spain is yet to decide

In the wake of the EU decision, Spain approved the creation of a commission of experts to study the consequences of scrapping the hour change and settlling permanently on either Summer or Winter time.

A group of 14 experts are preparing reports on how Spaniards could be adversly affected, especially those in the most vulnerable population groups. They are also tasked with looking at how the different schedules influence social, environmental and economic sustainability. 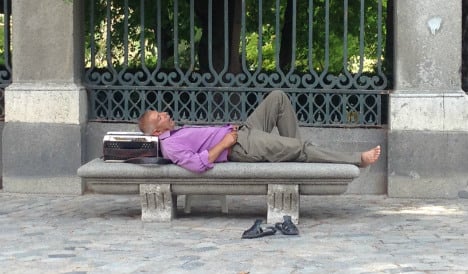 TIME
Rajoy vows to turn back the clocks in Spain 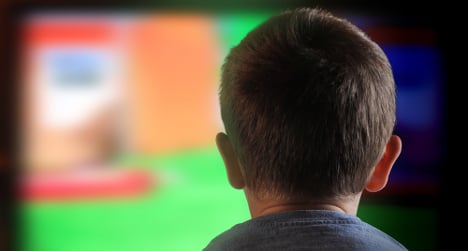