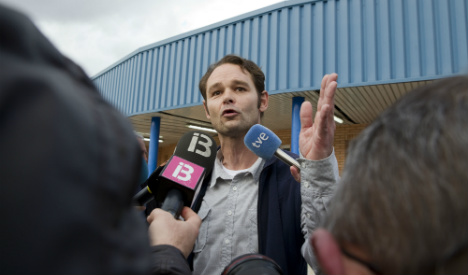 Romano van der Dussen walked free from a jail in Mallorca in February after a court quashed his conviction for the brutal sexual attacks of three women in the Costa del Sol resort of Fuengirola in 2003.

A provincial court in Malaga in 2005 sentenced him to a total of 15-and-a-half years in jail for sexual assault, attempted rape, causing injuries and violent robbery after two of the victims and a witness watching from a window all identified him as the culprit.

Van der Dussen, who was 30 years old and living in Spain when he was arrested, always maintained his innocence and his DNA was never matched to that found at the scene.

Last November Spain's Supreme Court accepted his appeal of his sentence after a courthouse in Fuengirola received a British police report that showed the DNA found at the scene of one of the attacks matched a genetic sample taken from a British man, Mark Dixie, who was living in southern Spain at the time. Dixie is currently serving a 34-year jail sentence in Britain for the rape and murder of Sally Anne Bowman, an 18-year-old model in London in 2005.

Now Van der Dussen is seeking €6 million in compensation for “damage caused by my being wrongly deprived me of my freedom.”

“I have been in jail for over 11 years for crimes I did not commit. I have been through an indescribable hell,” he said in an interview with El Pais at the time of his release.

He has also accused the Dutch government of not doing enough to help win his release.

According to the Dutch newspaper NRC, the Dutch embassy in Madrid knew that finger prints and DNA left on one of the victims were not from Van der Dussen and informed him of that by letter in 2004.

However, the Dutch authorities did nothing more to help win his release, Van der Dussen told the paper.

“The Netherlands let them find an innocent man guilty, even though they knew in 2004 that I could never have committed the rape,” he said.

The foreign affairs ministry has always maintained that Van der Dussen was offered “adequate” help. Foreign minister Bert Koenders told parliament earlier this year that the ministry only knew the DNA pointed to another perpetrator in 2010.

An autobiography of Van der Dussen titled ‘My Spanish Nightmare’ is expected to be published soon.