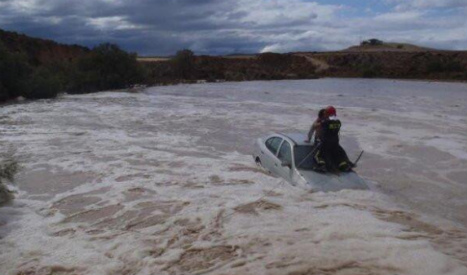 Record heavy rainfall was recorded in the Cabrils valley when more than 205 litres per square meter fell in less than four hours, according to Catalonia’s meteorological agency MeteoCat.

Emergency teams located the body of a driver in Vilassar de Mar late Wednesday night after his car was swept away in a flashflood reportedly after he ignored a cordon and drove into an “at risk” area.

The stormy weather sweeping across Spain was expected to clear late Thursday and into Friday.

Authorities warned people not to enter flooded areas such as basements and underground carparks and to avoid driving in the affected zones.

Rain fell across much of the peninsula on Wednesday's bank holiday bringing a wet end to a summer that had lasted well into October.