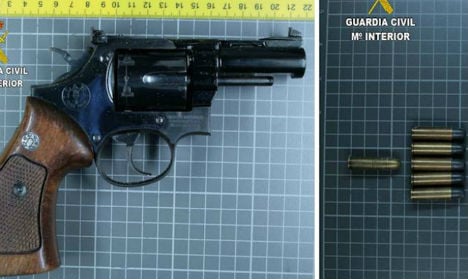 The 38-year-old-man from the town of Adra in Almeria, southern Spain, had kept his son, 18, daughter, 10, the son’s 15-year-old girlfriend and their young baby in his home against their will apparently in an attempt to get them to reveal the whereabouts of his estranged wife.

He used a loaded pistol to threaten the youngsters and would not them all leave the house at the same time. It was unclear how long the situation had been going on.

His ten-year-old daughter raised the alarm at her local police station after managing to escape from the house.

Police raided the property and discovered a full-operational handgun loaded with 60 rounds of ammunition.

The man, who has been identified only by his initials JSR is now awaiting trial.