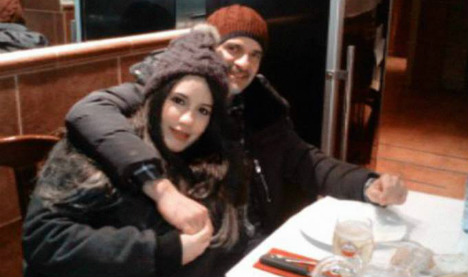 The corpses of Marcos Campos Nogueira, his wife Janaina Santos Americo and their one-year-old and four-year-old sons were discovered last month in plastic bags in their home in Pioz not far from Madrid after a neighbour alerted authorities to a bad smell.

The parents, who were both 30 and originated from Paraiba in Brazil's northeast, had been dismembered and speculation was rife that the crime was a revenge killing.

But on Wednesday police ruled out this theory, telling reporters in Guadalajara – a city in the Castilla-La Mancha region where Pioz is located – that they suspected Marcos Campos Nogueira's nephew, who has since left the country for Brazil.

They named the suspect as Patrick Nogueira Gouveira and released his photograph appealing for witnesses to come forward if they knew his whereabouts.

Juan Jesus Reina of the Guardia Civil police force said that they had “a lot of reasonable evidence and clear proof” that he allegedly murdered this “normal, hard-working and unassuming” family.

Describing him as suffering from “psychosis”, “egotism” and “narcissism”, he added that the 19-year-old was now in Brazil, and an international warrant has been issued for his arrest.

In a statement police said the nephew had a plane ticket to return to Brazil in November, but had changed it to September 19th, just 24 hours after the corpses of the family were discovered.

They added he had been questioned by police in Brazil, who had since released him for reasons that remain unclear.

The reasons behind his alleged killing spree also remain unclear, but police said the nephew had had bouts of violence in the past.

He had for instance brutally assaulted a teacher back in Brazil.

The nephew lived with the family for four months in Torrejon de Ardoz, also near Madrid, before the parents and their sons moved to Pioz.

He remained in Torrejon de Ardoz, without a job.

At the time of the grisly discovery, police had said there was no sign of forced entry in the house, which was in a quiet residential area.