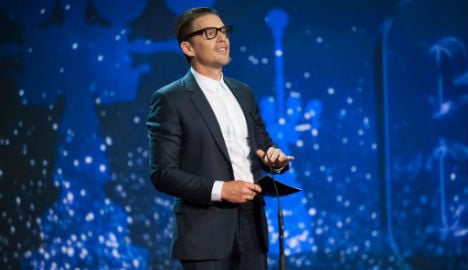 Ethan Hawke picks up his an honorary award at the San Sebastien film festival. Photo: Eli Gorostegi/AFP
“I bet Donald Trump would like the film, but he doesn't know that what the film is actually about is people gathering together to defeat him,” Hawke told reporters at the Saint-Sebastien film festival in northern Spain.
“I like to say that Peter Sarsgaard plays Donald Trump in this film,” added Hawke.
Sarsgaard's role is that of corrupt industrialist Bartholomew Bogue in the film, a remake of the 1960 Western which starred Steve McQueen and Yul Brynner.
Billionaire Trump, who will take on Democrat nominee Hillary Trump in November's US presidential election, is known for his controversial comments. His critics consider him a racist demagogue, notably for comments aimed at Mexicans and Muslims.
The “Magnificent Seven” remake tells the tale of a bunch of killers recruited by a black cowboy, played by Denzel Washington, and including a Mexican, a Native American and an Asian.
“One of the greatest ways to speak about diversity is simply to make a movie with a bunch of people from different cultures and make something beautiful,” said Hawke, who plays a sharpshooter called Goodnight Robicheaux.
Hawke was to receive an honorary award at the San Sebastien film festival. 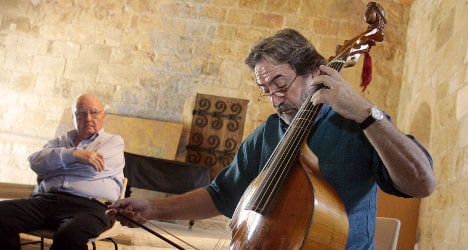