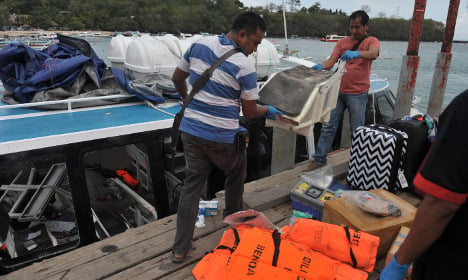 Police investigating the speedboat after the explosion. Photo: STR/AFP

The blast hit the speedboat carrying about 35 mostly European tourists shortly after it departed the Indonesian holiday island on Thursday, smashing the rear window and sending debris flying through the vessel.

Officials say it was an accident likely caused by a problem with the fuel tank, and ruled out foul play on the island that has been hit by bloody Islamist militant bombings in the past.

An Austrian woman died soon after the explosion. A second tourist died later from her injuries in hospital and authorities confirmed on Friday that the victim was a 29-year-old Spanish woman, whose husband was also hurt in the blast.

Vanesa Pascual and her 31-year-old husband, who lived near Madrid, had been on honeymoon in Bali following their wedding at the start of September, according to local authorities in Spain.

“I can confirm that a Spanish woman died,” Foreign Minister José Manuel García-Margallo told Spanish television. “Her husband is being operated on.”

A total of 23 foreign tourists were injured in the blast on the boat, which was also carrying nationals from countries including Britain, France, Italy, Portugal and Ireland.

The speedboat, which was carrying four crew, had just left Padang Bai port in Bali on Thursday morning en route to the holiday island of Gili Trawangan when the blast occurred.

On Friday Bali police were examining the scene of the accident and questioning the boat crew and some of the foreign passengers.

Police spokesman Anak Agung Ngurah Sedana said they were trying to determine the cause of the accident and assess whether negligence was to blame.

The Indonesian archipelago of more than 17,000 islands is heavily dependent on ferry services but the industry has a poor safety record and fatal accidents are common.

Last year, dozens of tourists were injured when small explosions hit a ferry crossing between Bali and the neighbouring holiday island of Lombok.

A pocket of Hinduism in Muslim-majority Indonesia, Bali attracts millions of foreign visitors every year due to its palm-fringed, tropical beaches and picture-postcard temples. 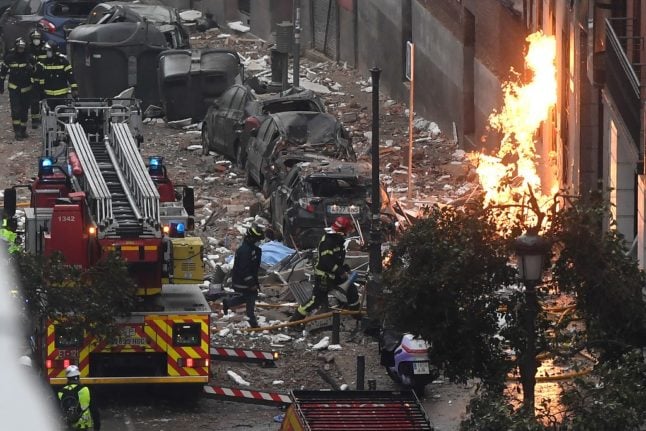