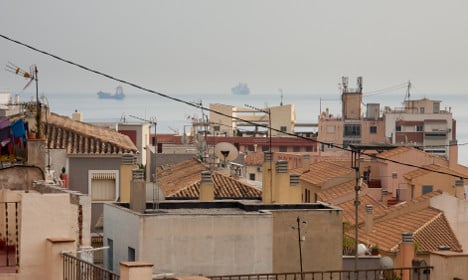 The man, who had fallen in the kitchen of his apartment, was found by the Guardia Civil police force in a semiconscious state, newspaper ABC reports.

Officers had to scale the roof terraces of nearby buildings to enter his apartment, which has an additional iron anti-burglary grill mounted on the door.

The man, whose family reside in the UK, lives alone in Spain. A neighbour raised the alarm after he was not seen for a number of days, leading Guardia Civil officers to contact the British Consulate as well as local hospitals.

When neither were able to provide information on his whereabouts, judicial authorization to enter his apartment was granted.

After finally gaining access to the home officers found the man looking “visibly weakened” on the floor. Though he could barely speak, he was able to explain that he had fallen several days before.

The man, who had not eaten or drank anything for several days, did not suffer any serious injuries. He is currently in intensive care at Alicante's Sant Joan hospital.