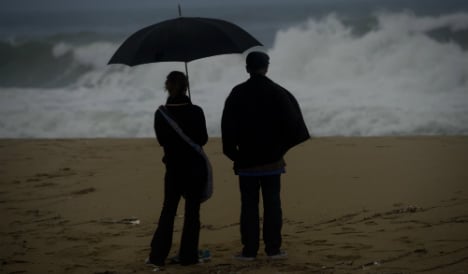 Spain's summer is officially at an end. Photo: AFP

The worst of the weather was expected in the north and west of the Peninsula, with amber alerts for heavy rainfall issued for Navarra and Aragon, while the southeastern coast and Balearic Islands were predicted to remain sunny.

The cold front sweeping from west to east has put an end to a September of record high temperatures that saw the mercury peak at over 40C last week.