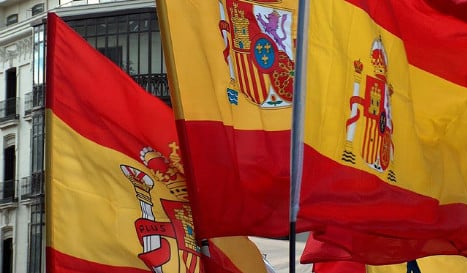 The INE statistics agency said that GDP expanded by 0.8 percent compared to the previous three months – slightly higher than the 0.7 percent estimate it had announced in July.

The agency always publishes an initial estimate, followed by a definitive figure.

The 0.8 percent growth in the second quarter was the same as that of the first three months of 2016.

Compared to the same period in 2015, the economy rose 3.2 percent from April to June – a slower rate than the first quarter when the economy grew 3.4 percent year-on-year, due to slower domestic demand, the INE said.

Overall, Spain – which has been without a fully-functioning government for eight months – forecasts that the economy will grow 2.9 percent in 2016.

Efforts to forge a coalition were unsuccessful as rival parties were unable to overcome their differences, prompting repeat elections in June with a similar result.

Acting Prime Minister Mariano Rajoy, whose conservative Popular Party came first without an absolute majority, is currently negotiating to try to form a government but faces an uphill challenge as most other parties refuse to back him.

This has raised concerns that Spain could head to a third round of elections, which due to constitutional deadlines would fall this year on Christmas day, a prospect that has Spaniards far from happy.

The blockage also comes at a sensitive time, as the country is only just emerging from a damaging crisis.

Its economy grew at one of the fastest paces in the eurozone last year, with GDP rising 3.2 percent.

Unemployment in Spain has also dropped to its lowest rate in nearly six years, reaching 20 percent in the second quarter – still the second worst rate in the European Union after Greece.