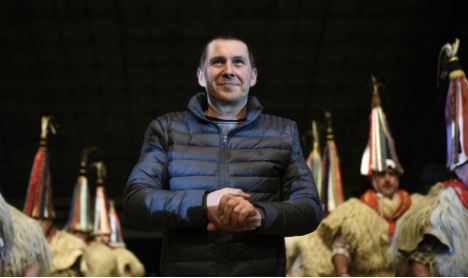 Otegi joined Eta as a teenager and was later jailed for the kidnapping of a factory director.

He was released from jail in March after serving more than six years on the terrorism charges but the court argued that the sentence barred him from holding office until February 2021.

The 58-year-old Otegi was chosen by EH Bildu, a coalition of left-wing Basque separatist parties, to stand as its candidate for leader of the Basque Country in a September 25th regional election.

EH Bildu has 21 seats in the Basque Country's outgoing 75-seat parliament, making it the second force behind the ruling conservative Basque Nationalist Party.

Otegi's candidacy was seen as a major boost for the party, which faces a stiff challenge from new far-left anti-austerity party Podemos.

Eta is blamed for more than 800 killings in its long campaign of bombings and shootings to create an independent homeland in the Basque country, which straddles part of northern Spain and southwestern France.

Although for many Spaniards he represents Eta terror, Otegi is seen as a key figure in moving the Basque separatist left away from violence in its quest for an independent Basque homeland and he now urges democratic, peaceful means.

In 2004, he became one of the first Eta members to call publicly for disarmament.

Two years later, he was one of the main architects of failed peace negotiations between Eta and the Spanish government.

Eta declared a permanent ceasefire in 2011 but refuses to dissolve and turn over its arms as demanded by the French and Spanish governments.