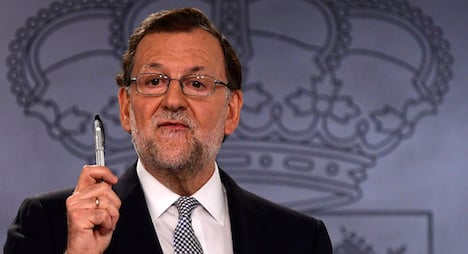 Mariano Rajoy will seek parliamentary approval to lead the country for a second term on August 30, speaker Ana Pastor said Thursday, in a bid to unblock months of deadlock after two inconclusive elections.
But Rajoy faces a tough road ahead as the rival Socialists, whose support he needs to pass a government led by his conservative Popular Party (PP) through the necessary vote of confidence, categorically refuse to back him.
This could lead Spain towards a third round of elections, leaving it ever more months without a fully-functioning government as squabbling parties remain unable to reach any kind of pact following inconclusive polls in December, and again in June.
“I have decided to call the plenary session… on August 30,” said Pastor, a gathering that will see lawmakers hold debates before voting for or against Rajoy – or abstaining – on the same day or the next, depending on the length of each intervention.
The PP won 137 parliamentary seats out of 350 in June's elections – well short of an absolute majority – and Rajoy therefore has to negotiate with other parties to form a coalition or minority government and push it through the vote.
In order to do so, Rajoy will need an absolute majority in the vote. If he fails, a second vote will be held several days later in which he would only need a simple majority.
Socialists are key
Rajoy announced earlier on Thursday that he would kick off negotiations with the PP's smaller, centrist rival Ciudadanos on Friday, with the view of securing its support in the vote.
Regional party Coalicion Canaria, which gained one seat in June elections, has also said it may back Rajoy.
But even if both Coalicion Canaria and Ciudadanos, which won 32 seats, accept to support the PP, Rajoy will still not have a majority to push his government plans through.
He therefore needs the support of the Socialist party (PSOE), which came second in the elections with 85 seats, but they refuse to back him.
Pablo Simon, politics professor at Madrid's Carlos III University, said he would likely be defeated, at least in his first attempt.
“The PSOE will say no in the first session, maybe no in the second session as well,” he said.
If both votes fail, there will be a period in which parties will once again have the opportunity to negotiate.
“We will see if the PSOE accepts to negotiate to avoid a third round of elections,” said Simon.
The PP has already had to make concessions in order to kick-start talks with Ciudadanos.
The centrist grouping led by the 36-year-old Albert Rivera only agreed to sit down for talks after the corruption-hit PP agreed to implement a series of anti-graft measures it set as a condition for negotiations.
The measures include forcing any person in public office who has been formally charged with political corruption to leave his or her post immediately.
The issue is sensitive for the PP, which has been hit by a string of graft scandals over the years.
Corruption was a big topic in campaigns before elections in December and again in June but this did not stop the PP from coming first each time, though without an absolute majority. 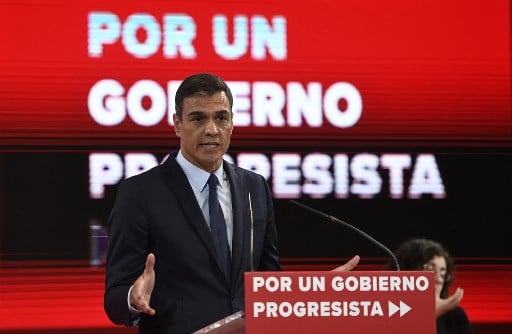