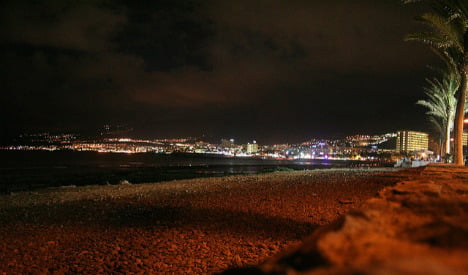 The girl, from Blackburn, Lancashire, reportedly got into what she thought was a taxi after leaving a club area in the party resort of Playa de las Americas on the south of the island of Tenerife in the early hours of Wednesday morning.

Tenerife newspaper La Provincia reported after a night out drinking, the teenager came out of Las Veronicas entertainment complex and at 2.30am looked around for a cab,

She mistakenly thought the car, a black Opel Astra, was a taxi and had asked the driver to take her to a nearby address where she was staying.

But instead, the driver took her to wasteland and raped her when her screams were heard by a passerby who called police.

The man, who was driving a black Opel Astra,  was arrested by police within minutes and was said to be under the influence of alcohol.

No details about the attacker have been released by police.