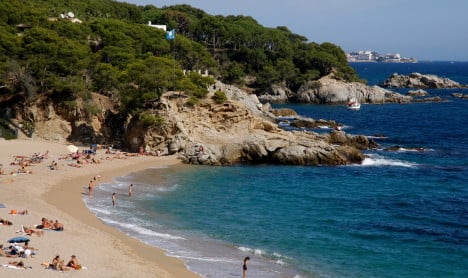 The five were supervisors of a group of teenagers on holiday and organised the get-together late Tuesday in Platja d'Aro in which one person pretended to be a celebrity and the rest chased after her, whooping and screaming as they tried to snap her paparazzi-style.

Holidaymakers on the crowded seafront panicked, fearing a terror attack was underway and a stampede ensued.

Videos and pictures on social media showed people racing through the streets in fear, some of them children in tears. Others cowered in restaurants as plates tumbled off tables and smashed on the floor.

Eleven people needed treatment for bruising and panic attacks following the flashmob – an event in which a group of people assemble suddenly in a public place, perform an unusual act for a brief time, then quickly disperse.

The stunt occurred on the heels of an assault in the French Riviera resort of Nice on July 14th in which a man killed 84 people by ramming them with a truck.

“There are jokes which are not permissible,” tweeted Catalan president Carles Puigdemont.

Pep Sole, a Platja d'Aro councillor, told local radio that the Germans could expect to be punished for their stunt.

“My intention and that of the municipal majority, is that there will be repercussions, so that they understand they must not do that again,” said Sole.

The five women, aged 20 and 25, were questioned by a judge on Wednesday who decided to free them but asked them to remain at the disposal of authorities as an investigation into alleged public disorder continues, a judicial source said.