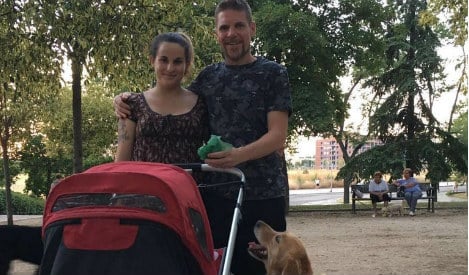 Ignacio and Maria have won the battle to name their son, who was born on July 12th, Lobo – meaning wolf – after collecting nearly 25,000 signatures supporting them.

The couple had made their fight public after officials initially refused to allow them to register their son with the chosen name, initially because “it was offensive to the child” and then under the rules that it was only to be used as a surname.

The issue has made headlines in Spain and sparked debate over parents’ rights to name their child whatever they like.

But on Wednesday, the director general of the national registry announced that the name Lobo would in this case be allowed.

Javier Gómez Gálligo said the name Lobo was “considered socially acceptable” and therefore would be allowed. He also said the official criteria would now be reviewed.

The couple, from the Fuenlabrada suburb of Madrid, had referred the case to the Ministry of Justice and launched a petition on change.org that garnered more than 24,000 signatures.

“Do you, like us, think it is unfair that the criteria decided by an official has more relevance when naming a child than parents who will educate, guide and love that child for the rest of their life?” the couple wrote in the change.org petition calling for support.

The case had even won the attention of politicians with Pablo Iglesias, the leader of the Podemos party, speaking up for the parents.

“Wolf seems to me to be a beautiful and dignified name,” he tweeted. “If you can be called Paloma (Dove) or León (Lion) then why not Lobo (Wolf)?”