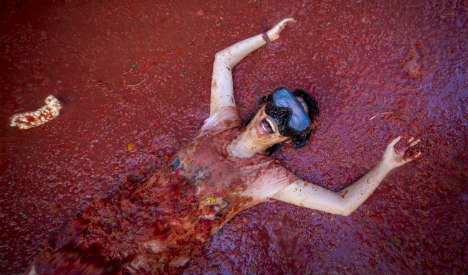 Take part in the biggest food fight in the world at La Tomatina. Photo: AFP San Sebastián’s “big week” offers a wide range of activities for children and adults. Besides bullfighting and live music (rock, pop, jazz, classical), the event is largely known for its international firework contest – the main attraction of the week. A series of concerts held throughout August include Alejandro Sanz, The Corrs and Status Quo. For those interested in visual arts, PhotoEspaña is an incredible opportunity to see internationally renowned photographers display their latest projects, videos, and developments in photography.

The Prado is commemorating the 500th anniversary of the death of Dutch artist Hieronymus Bosch with a comprehensive exhibition. It features some of his most exceptional paintings – including The Triptych of the Temptations of Saint Anthony – and others on loan from leading museums such as the Louvre.