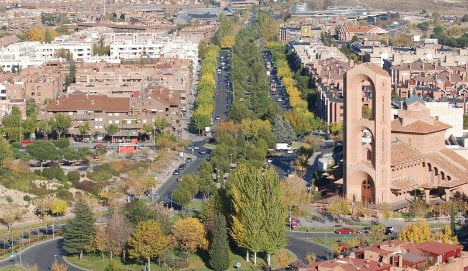 The richest town in Spain per square metre is Pozuelo de Alarcón, a wealthy suburb of Madrid and home to 85,000 people. The town’s average income is by far the highest among the different municipalities in the Madrid region, at €59,279.

In contrast, the poorest town in Spain, according to the data from tax returns filed for 2015, is Zafarraya, in the province of Granada, where the average income is €10,293.

The list of the 25 richest towns in Spain is dominated by the country’s political, business and tourism hubs: Madrid and Barcelona. Only two towns from other areas of Spain make the top 25: Rocafort, in the province of Valencia and Simancas, in Valladolid.

The average income of towns with more than 1,000 inhabitants (source Cinco Días)

When broken down by region, or autonomous community, Madrid is the richest, with an average income of €31,766 followed by Catalonia with €27,540.

Extremadura is the poorest region, with an average income of €19,034.

The tax office released figures on the average income of more than 8,000 towns with more than 1,000 inhabitants.

The figures show Spain’s north-south divide is as strong as ever, proof of the old cliché of Spain’s rich industrial north versus its rural south.