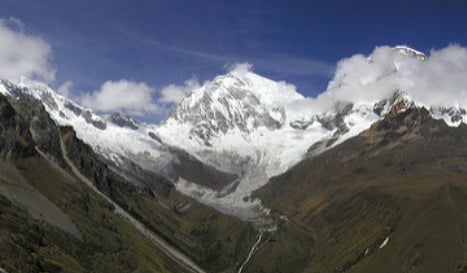 Authorities transferred the three rescued climbers – two Spaniards and a Peruvian – to a clinic where they were said to be in stable condition with only minor injuries.

The accident occurred during inclement weather early on Tuesday in the snow-covered Huarascan mountains near Peru's northeastern city of Huaraz.

Situated in the Cordillera Blanca range of the western Andes, the Huascaran is Peru's tallest snow peak and is the mountain most often visited by foreign climbers.

Authorities said rescuers arrived on the scene – about 5,800 metres (just over 19,000 feet) above sea level – three hours after the avalanche.