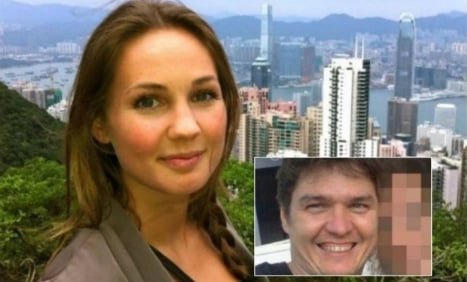 He had pleaded guilty and told the court how he had entered the 27-year-old’s Dane’s apartment, crept into her bedroom and strangled her with the cable of a charger while she slept on the night of June 13th, 2014.

During the trial he confessed that to only vaguely remembering killing her when he was on a cocktail of drink and drugs and had “no idea why I did it. I am angry with myself.”

Strande, from northern Zealand, had arrived in Madrid only 11 days earlier to take up a job with the Scandinavian Tobacco Group and was renting a fully-furnished holiday apartment while she searched for her own more permanent accommodation.

Verbist had the keys to the apartment because he worked as an occasional caretaker for the rental agents and he let himself into the property during the night.

The court heard how Strande returned to the flat in Calle Barcelona in the Huertas district of Madrid around midnight and had a Skype conversation with her boyfriend before turning in.

Around 6.30am, emergency services were called with a report that there was a fire on the premises. Her charred corpse was discovered in the bedroom.

A post-mortem revealed that she had not died in the fire but had been strangled before being burnt.

Verbist later confessed to police that after he had killed her with the telephone charger he had gone into the kitchen, found a bottle of cooking oil, and doused her dead body before setting it alight.

A fingerprint at the scene had matched his and he was arrested several days later in a pub in the city.

On questioning he gave a full account of the murder and also took investigators by surprise with the revelation that he had also killed a woman in Girona two years before.

Montse Méndez had been missing without a trace since October 23rd 2014. But Verbist told police he had suffocated her by accident while having sex with her when he was high on a mix of drink and cocaine.

Then, in a panic, he phoned a friend who advised him to get rid of the body.

He then cut her up into eight parts and disposed of each one in bags placed in different rubbish bins outside the Catalan city.

He said that since then he had been consumed by guilt and turned to drugs and alcohol.

He admitted that he had drunk several pints and consumed half a gram of cocaine before going to Stande’s flat.

Madrid's Provincial Court sentenced Verbist to 15 years in prison for the murder of Strande and 10 years for arson and ordered him to pay €180,000 compensation to her family and a further €40,000 to the owner of the building for arson damages.

The prosecutor had asked for a 28-year jail sentence. He will now face a separate trial for the murder of Mendez.