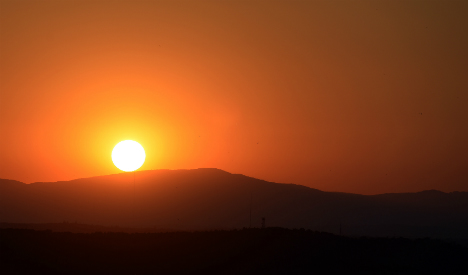 The heatwave is forecast to last until Wednesday. Photo: AFP

Spain’s national weather agency, Aemet, has announced that the country will experience its first heatwave of 2016 this week, with temperatures rising to 42C.

How to avoid heatstroke when Spain starts to sizzle

Aemet has put 38 Spanish provinces on alert for high temperatures, 13 of which are at “high risk”.

The heatwave will be caused by an abundance of dry air in the interior and east of the country, Aemet confirmed.

But respite is in sight; by Wednesday, air moving over the north east of the country from the Atlantic will help to lower temperatures across the country.

Temperatures are forecast to reach the high 30s in Galicia, Cantabria and the Basque Country on Spain’s northern coast, while central Spain, including the capital, Madrid, faces temperatures of over 40C.