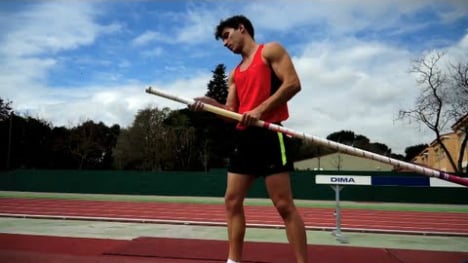 A pole vaulter has missed out on his chance to qualify for the Rio Olympics by mere centimetres after Spanish budget airline Vueling lost his pole.

Didac Salas, 23, from Catalonia, was 10 centimetres short of the qualifying height after the weekend’s European Athletics Championships in Amsterdam but had one last chance to qualify on Sunday in Barcelona.

But his Olympic dreams were shattered when Spanish airline Vueling lost his pole in Amsterdam airport, only managing to deliver it on Monday – 24 hours after his last chance to qualify for the Olympic Games.

“Vueling sent me the pole the day after. It is bad luck, I didn’t get the chance to try one last time,” the athlete told cugat.cat.

In Amsterdam, Salas failed to reach the minimum height of 5.65 metres to qualify for the Olympics, managing 5.15 metres and 5.35 metres.

Sunday’s meeting in Barcelona would have been his final chance to qualify for the Rio Olympics, which take place from August 5th until August 21st.

The incident is yet another headache for Vueling, which has faced criticism in recent weeks for a series of delays and cancellations at Barcelona’s El Prat airport.