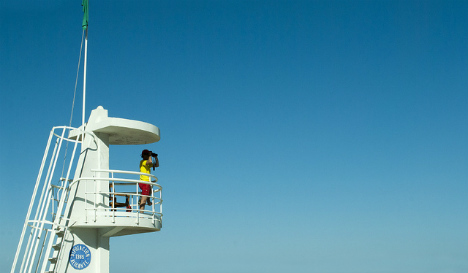 A lifeguard refused to help a little boy who had been stung by a jellyfish on the Spanish coast on Sunday because the child spoke to him in Catalan.

The incident was reported in a Facebook post by the boy’s mother, Lioba Costa, which has been shared nearly 11,000 times since it was written on July 10th.

In the post, Costa describes how her son was stung by a jellyfish on La Fosca beach in the  town of Palamós on the Costa Brava in the region of Catalonia, northeastern Spain.

Despite Catalan being one of the two official languages of Catalonia – along with Spanish – Costa claims the lifeguard on the beach did not respond to them because “it didn't seem right to him that we were asking in Catalan”.

Eventually, Costa asked for help in Spanish, “because health is more important than some linguistic dispute, but he completely ignored us. In the end we took care of it ourselves”, Costa wrote on Facebook.

On Monday, the mayor of Palamós called Costa personally to apologize for the incident, she told Catalonia-based daily, La Vanguardia. He assured her that the town hall had demanded answers from the company contracted to supply lifeguards on the beach, Pro-activa Servicios Acuaticos.

In a statement on its Facebook page the company said it was opening an investigation into the incident but pointed out that the boy would have received adequate care from lifeguards stationed on the beach and not at the lookout posts, which are not considered hygienic enough to administer medical care.

While Costa has received dozens of messages of support on Facebook, others have questioned its provenance, suggesting it might be another case of Catalan speakers becoming annoyed at someone who does not speak the language.

Newspaper Crónica Global, also based in Catalonia ran with the headline “Independence supporters now vent their anger on a lifeguard because of Catalan”.

Just last week, a Spanish musician complained when a waiter on a Balearic Island ferry refused to serve him after he gave the order in Catalan. The waiter claimed he did not understand the order.