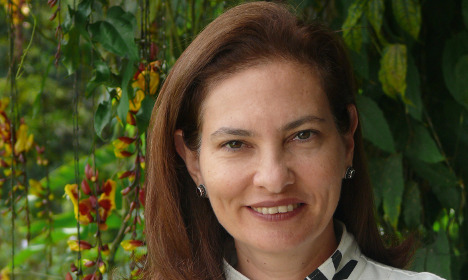 Di Giacobbe, founder of the La Paninoteka restaurant in Caracas, has organized such projects as a ‘bean to bar’ movement, which works with local producers in improving their crops and exporting to international chocolatiers.

She has especially focused on how to get women more involved in the trade through educational programmes and has been able to train 8,500 people.

And under the creation of a programme for cacao industry management at the Simón Bolivar University, some 1,500 people have graduated, 94 percent of whom were women.

“In the midst of the complicated political situation in Venezuela, she insists above all on providing opportunities to economically vulnerable women, who are trained and become micro-entrepreneurs of chocolate,” the announcement of the prize states.

The award and €100,000 prize money was created by the Basque government and Basque Culinary Center to honour chefs from around the world who make good food, as well as good impacts on the world.

The award is aimed as celebrating a chef who “demonstrates how gastronomy can be a powerful force for change: those men or women whose impact can be felt ‘beyond the kitchen'.”

The BBC likened the award to the “Nobel prize for chefs”.

“Now our work will take on a new dimension. We will bring the transforming power of our trade to more female chocolate entrepreneurs,” Di Giacobbe said in a statement.

“This will bring us closer to our goals and will open up new horizons to connect us with the world.  For this, and for the confidence that the Basque World Prize gives us, we are tremendously grateful in Venezuela.”

The final award decision was made by a jury made up of some of the “most important chefs in the world”, according to the prize announcement, as well as specialists in nutrition.

Among the chefs on the jury were Joan Roca from the Girona restaurant Celler de Can Roca, which was crowned the world’s best restaurant in 2015, as well as Spanish celebrity chef Ferran Adrià.

San Francisco-based Dominique Crenn, British chef Heston Blumenthal and Mexican author of the novel Like Water for Chocolate, Laura Esquivel, were also on the jury.

Di Giacobbe beat out some 110 candidates from 30 different countries.

“This is an inspiring example that reflects how powerful gastronomy can be, regardless of how complicated the context,” said selection jury leader Joan Roca.

“Chefs can indeed make a difference.”