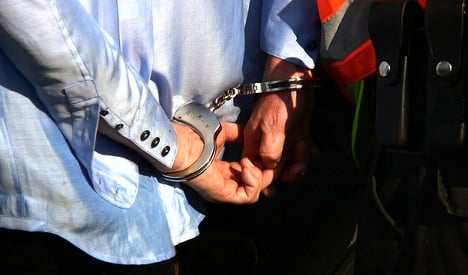 Twenty-one people were arrested in Spain over the scam which involved the sale of GPS trackers.

Another four suspected members of the group were arrested in Brazil, France and Portugal as part of the operation carried out with European Union law enforcement agency Europol, police said in a statement.

The arrested were Spanish, Portuguese and Colombian nationals.

The group allegedly sold GPS trackers to investors. The investors were awarded points depending on the amount they invested which they could exchange for objects such as cars and luxury houses.

“A large part of the money invested by the group was destined to promote the scam, carrying out several events like free trips, concerts and meetings in major hotels where they convinced those in attendance to invest their money,” police said in a statement.

“The scam has evolved since the first case was detected in Brazil in 2013, extending to Europe and Tunisia under different names,” it added.

Police searched seven properties in Madrid and the western city of Merida as part of the operation, seizing documents related to “international pyramid scheme” as well as jewellery, mobile telephones and over €60,000 in cash, the statement said.

The documents revealed the group had over 50 bank accounts in several tax havens and may have had over 8,000 investors in over 70 nations, earning around €25 million in profit, it added.