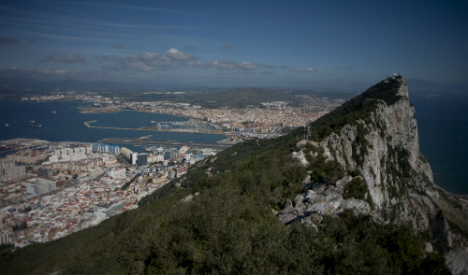 “In the referendum two weeks ago it was either in, with our existing conditions, or out. But nobody knew what out meant,” Fabian Picardo, the chief minister of Gibraltar, told the Financial Times in an interview published Sunday.

The leader of the UK’s most pro-EU voting district said voters should be given a second chance to decide between remaining part of the EU and accepting a new post-Brexit accord with EU member states.

“Some people who voted to leave might have thought that an out deal meant something completely different,” he said on the eve of a trip to London and Brussels.

“Some people might have voted with rose-tinted spectacles, and others might have been persuaded on the basis of a false prospectus that Brexiters advanced.”

Gibraltar is heavily reliant on EU membership not least because it allows freedom of movement across its border with Spain.

Just days after the referendum result, Picardo revealed that he had been speaking with Nicola Sturgeon, Scotland’s First Minister, about exploring their options as countries that both want to remain within the EU.

“I can imagine a situation where some parts of what is today the member state United Kingdom are stripped out and others remain,” he said.

“That means that we don't have to apply again for access, we simply remain with the access we have today, and those parts that leave are then given a different sort of access, which is negotiated but not necessarily under Article 50.”

But the discussion prompted swift response from Spain which said it would never accept separate negotations with Scotland or Gibraltar and the EU. S

“The Spanish government is opposed to any negotiations with anyone else but the British government,” Rajoy said after 27 EU leaders – excluding Britain – met in Brussels to discuss the Brexit vote.

The tiny territory of Gibraltar with its 33,000 population relies heavily upon workers living in Spain, supplies imported from Spain and its ability to trade to within the European Single Market.

As expected in the referendum on June 23rd, Gibraltar backed remaining part of the EU with a massive 96 percent mandate (19,322) on a turnout of 84 percent.

Likewise all 32 Scottish council areas voted to remain, with a total of 62 percent (1.6 million) on a turnout of 67 percent.

Gibraltar has said that under absolutely no circumstances would it consider a joint sovereignty agreement between UK and Spain.

“There will be no talks, or even talks about talks, about the sovereignty of Gibraltar,” Picardo said in a speech to Gibraltar’s parliament just hours after the Brexit vote.

“The Spanish flag is much closer to the Rock,” said Spain’s acting foreign minister, José Manuel García-Margallo on the morning of the Brexit result.