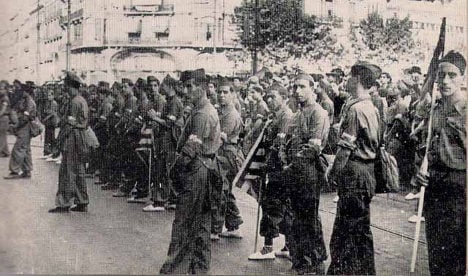 Virgilio Pena was also a member of the French Resistance during the Second World War and a survivor of the Nazis' Buchenwald concentration camp.

France awarded Pena the Legion d'honneur last year for his work in schools teaching young people about the horrors of fascism.

Born in 1914 in Espejo, a village near Cordoba in southern Spain, he fought for the Republicans during the civil war, taking refuge in France after the defeat.

He later joined the French Resistance in Bordeaux but was arrested by the Nazis in 1943 and deported to Buchenwald.

After US forces liberated the camp in April 1945, he returned to southwestern France, firstly to Pau, then to Billeres, where he died.

A carpenter by trade, he worked tirelessly with young people, even holding in his last years the presidency of a body dedicated to former deportees.

Pena's story was told in a book by French academic Jean Ortiz and in a 2007 film “Red Mirror”.